By 1948 the bridge-and-skyscraper-style Erector Set had been around for 30 years. But the newest of the construction kits came with crank-powered motors and wheels, enabling kids to fashion walking robots like the one we featured on our cover. And somewhere in the ancestry of the Roomba–today’s roaming, saucer-shaped robo-vac–was the Electrocar, which reversed direction when its spring-loaded bumper struck a wall. A child-size vacuum cleaner was also on our 1948 gift list.

We’re not sure how that one ranked with the tykes, though the success of toy cars with tethered remotes in the 1940s and ’50s was undoubtedly a harbinger of RC hobbyist glee to come. This season brings Bluetooth-enabled toy cars you can drive with your cellphone. For a sampling of playthings for the superannuated kid, see our 17th annual Best of What’s New, which starts on page 43. Our favorite: the world’s highest-bouncing pogo stick, whose forebear, like the original Erector Set, first hit stores a full 85 years ago.

Other stories from the December 1948 issue:

Titanium Takes Off
When scientists devised a way to purify titanium, we predicted that the metal’s “strength and lightness promise to make it rival aluminum and magnesium as a material for airplane wings.” Add bicycles, spacecraft, golf clubs, laptops …

The Shift to Automatic
Engineers laid the groundwork for automatic transmissions in the early 1900s, but the technology wasn’t introduced in the auto market
until 1940. In 1948 Buick announced that all
its high-end Series 70 cars would be equipped with the Dynaflow automatic transmission system.

U.S. Reacts to Radiation
“When you see a sign bearing a magenta pinwheel on a yellow background … don’t snoop!” we warned. New technologies had made radiation a growing hazard in American hospitals
and laboratories, and public awareness of the danger was increasing due to high-profile accidents-including one in 1946 that resulted in the death of a Los Alamos atom bomb researcher.

It’s a Bird, It’s a Plane, It’s …
the First VTOL Prototype! Could a plane do double duty as a helicopter? S.D. Robins of New York patented one such craft in 1948, two decades before the British Royal Air Force successfully implemented the concept with the AV-8A Harrier jet, known for its ability to hover in midair and take off and land vertically. 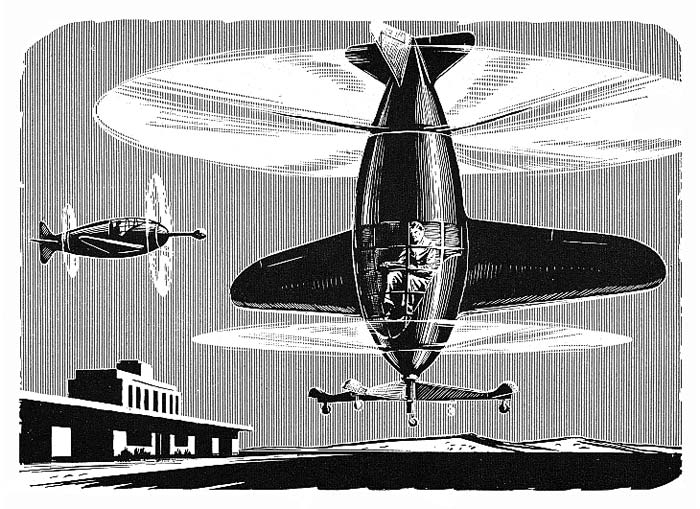 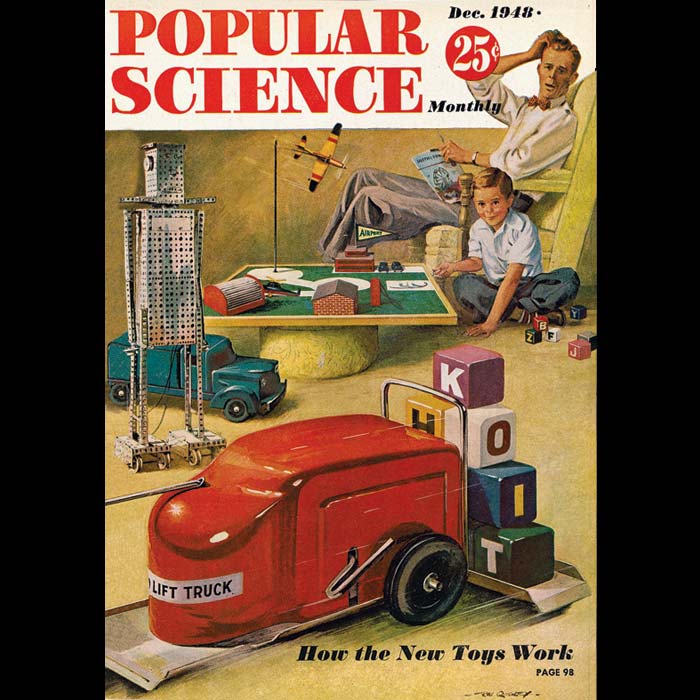