Birth of a new city star 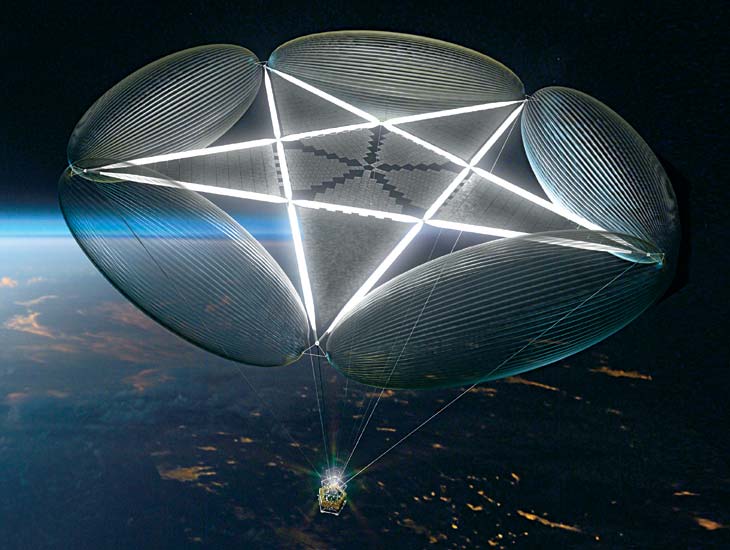 The designers of the magnificent Tribute in Light memorial for the World Trade Center turned their attention to urban night blindness: the blankness of the city skies. Urban Lodestar is a light-emitting five-pointed star designed to float serenely above a city center and pulse gently at the same rate as a resting heart to calm the city folk below. Lodestar hovers with the aid of helium-filled polymer balloons; propellant tanks and directional boosters attached to a GPS-equipped positioning system keep it from going AWOL. During the day, photovoltaic film panels harness energy from the Sun and store it in batteries; at night, electroluminescent strips in the shape of a star glow with that stored energy. Graphite composite struts provide stability, and a battery-powered xenon strobe creates the pulsing effect. Intermittent green flashes differentiate the Urban Lodestar from natural celestial bodies.