He distills the fundamental rules that govern birds, bees . . . all of nature. 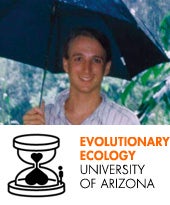 Brian Enquist talks about the natural world as if it were a wind-up clock. “If you take it apart, it’s very complex,” he says, “but there are some very simple principles that make it work.” And like a master Swiss watchmaker, he is looking for a set of universal laws that describe the
rhythms of plant and animal life.

A classic example of such work was the observation, made 70 years ago by UC Davis animal scientist Max Kleiber, that although a shrew lives just 18 months and an elephant 60 years, the two animals experience about the same number of heartbeats in a lifetime (a billion). “It’s the same amount of life being spent,” Enquist says. “But it’s either pushed out over a long period or condensed into a very short fraction of time.”

While still a doctoral student at the University of New Mexico, Enquist decided to investigate whether the same elegant scaling rules extend into the plant world. He compared the balsa tree, which grows like a weed and can reach maturity in just 10 years, with the much denser and slower-growing mahogany tree, and discovered that “if you calculate the amount of wood produced over time, you find they are creating [it] at approximately the same rate.”

What had been dismissed as zoological cocktail-party banter was quickly heralded as a possible method to describe all life on Earth: algae, blue whales, entire ecosystems. The principles that Enquist and his colleagues–James Brown, a biologist at the University of New Mexico, and Geoffrey West, a physicist at Los Alamos National Laboratory–are discovering appear to reveal deep biological truths that can account for everything from the way cells consume nutrients, to the growth rates of trees, to CO2 fluxes from a rain forest. Today Enquist, 35, is using scaling laws to investigate how deforestation could affect global CO2 levels. “What happens to the rest of the biosphere if the Earth’s resources and energy are increasingly shunted toward humans?” he asks.

Enquist finds comfort in the notion of basic biological patterns, even if, as a glance at his desk reveals, he has trouble achieving order in his own life. “Maybe it relates to the deeper insecurities of being human,” he says. “Do you want to be awash in randomness, or do you want to be part of a world that is highly ordered and structured?”