We predicted that in "a few years hence," science would find a way to harvest the full power of the sun. We're still waiting.

“Sunshine, our greatest source of potential power, is now largely wasted,” we declared in October 1934. But that’s not for lack of trying: Throughout history, humans have harnessed the sun’s power with increasingly sophisticated contraptions. One of the first uses of solar energy came in 214 B.C., when Archimedes set Roman warships aflame with reflected sunlight. Things got more complex in 1874, when engineer August Mouchot delivered 0.5 horsepower from a solar-powered steam engine (the steam was generated by transferring heat from a
reflective silver-lined copper cone to a copper boiler). And in 1904, engineer Aubrey G. Eneas erected a 36-foot dish [below] in Pasadena, California, that tracked the sun with a “clock-controlled motor” and pumped out 2.5 horses from a 13-foot boiler. By the 1930s, solar energy heated homes, powered water pumps, and even cooked meals, but the falling price of fossil fuels in the 1930s caused interest in solar power to wane until the 1970s, when the looming energy crisis and recently developed photovoltaic cells made it hot again.

Other stories from the October 1934 issue:

Stratospheric Plunge
Three members of the U.S. Army Air Corps narrowly escaped with their lives (and their solar spectrograph data) when an exploratory balloon designed to rise 11 miles into the atmosphere split at 5,000 feet. A nearby plane passenger “trained his camera on the plummeting bag.”

Asbestos Umbrella Protects Firemen
“In rigorous tests conducted near Harrow, England, firemen wearing asbestos suits and carrying the new safety device were able to approach within a few feet of the most furious blaze.”

Giant Lightbulb Biggest Yet Made
The 56-inch-high, 100,000-watt bulb allegedly produced enough light to be visible from the moon. Alas, its grandeur was eclipsed (in size, if not brightness) by the eight-ton bulb that still rests atop the commemorative Edison Tower
in Menlo Park, New Jersey. 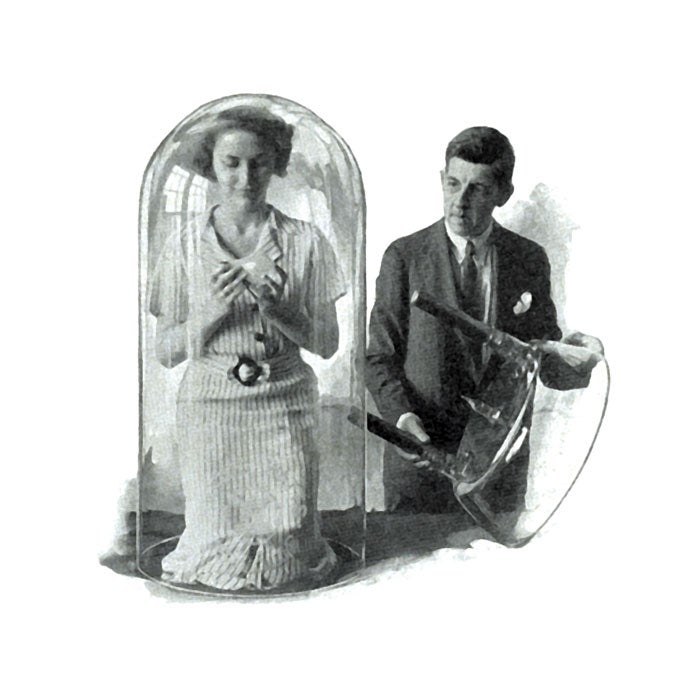 Giant lightbulb was big enough to fit a human inside. 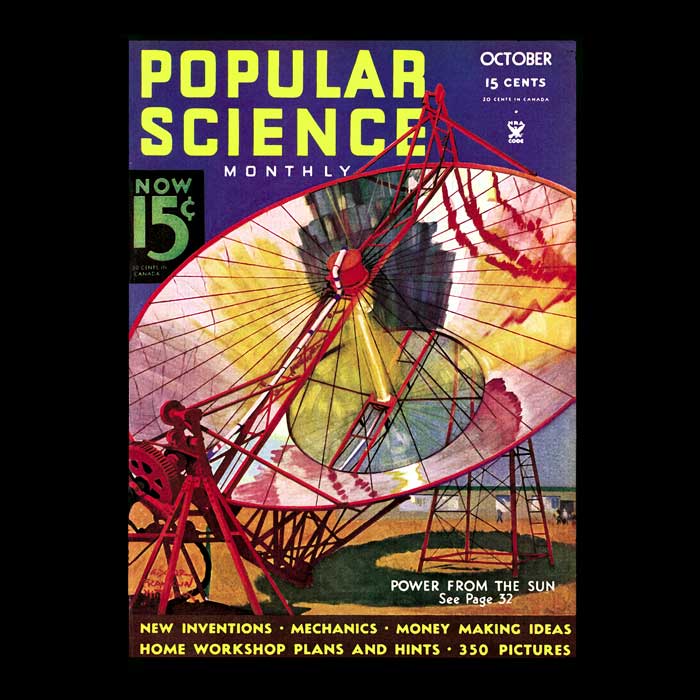