Military Tech Versus Street Tech: Who´s Got the Edge?

Whoâ€™s got the edge? 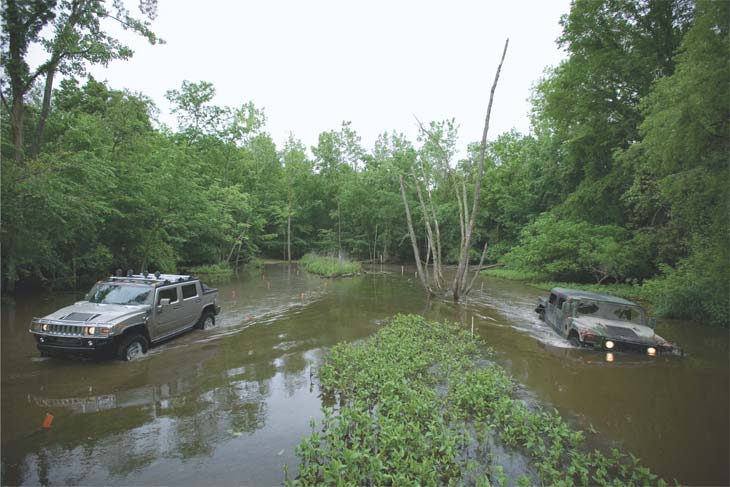 Radar. The Internet. The Jeep. The Global Positioning System. Technologies developed for the military often cross over to the civilian world-subtly or still in character. A Hummer, even painted lemon yellow and parked downtown, still looks battle-ready. And technology crosses back too. The Marines´ Dragon Runner surveillance vehicle was inspired by the radio-controlled car industry; the controller was copped from a PlayStation 2.

The question naturally occurs: Who gets the better stuff, soldiers or civilians? The military´s gear is often tougher (witness their laptops and cars), more precise and sometimes just plain better, because extreme situations require extreme gear. Civilians, meanwhile, have the advantage of speed. It can take the military eight years to field a new pair of socks. Before making a purchase, consumers think simply, Do I like it? Military procurement officers must ask, â€Can we entrust soldiers´ lives to it?â€ Consumers-capricious, gadget-hungry, hundreds of millions strong-frequently drive market innovations. The military has traditionally tried to develop, own, and control its own technology.

But the thinking is shifting, and procurement officers now get pats on the back when they fulfill a military need with a consumer product. The new approach has forged strange alliances, such as the Army´s partnership with the video game industry to create a soldier trainer called Full Spectrum Warrior. â€Crossing overâ€ is too simple a term for what´s happening; perhaps a Mbius strip better captures the complex relationship between military and civilian tech.

The evaluations on these pages are subjective, debatable and, in many ways, totally unfair. We stand by them completely. In our judging, we considered technological sophistication-a missile-controlling helmet beats one with only a data screen-and effectiveness: How well does the device do what it is intended to do?

It would be shortsighted, of course, to discuss what´s happening with military tech without discussing what´s happening with the military. We are at war, and every new technology is being developed with an eye toward what is going right-and what is going terribly wrong-in Iraq and Afghanistan. New conflicts-smaller, urban, unconventional-will require new tools and tactics. â€Soldier-centric warfareâ€ and â€situational awarenessâ€ are the buzz phrases, because tanks and bombs have limits when you´re fighting among civilians. This combat paradigm places an increased emphasis on the very sort of high-tech tools civilians use. You depend on your PDA to remind you of a lunch meeting. Soldiers, linked by wireless networks, may soon be using theirs to make the right decisions about when to shoot-and when to hold fire.