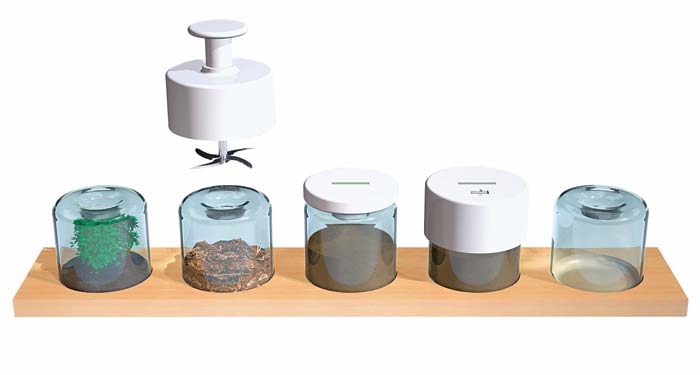 One judge likened this concept to “Zen poetry.” Antenna Design’s project is a wee lesson for power-hogging Westerners in the cycle of global energy. The “power plant” combines genetic engineering and fuel cell technology into a windowsill power station. In a small terrarium, the user nurtures a tree that has been genetically engineered for rapid growth, compact size and high leaf density. After several weeks, the nurturer turns consumer, chopping the tree into small pieces, mixing the pieces with water and leaving them to decay for at least a month. Methane given off during decomposition is fed into a fuel cell, which produces a modest amount of electricity, enough to run, say, an iPod. The designers say the concept illustrates the notion that humans must care for something in order to profit from it, and that they must be patient to get the benefit.