Book of the Month

The best-kept secret in seismology 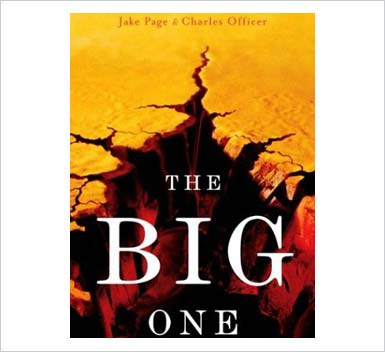 Midwesterners beware: Although you’re assailed each year by voracious tornadoes, crop-flattening hailstorms and searing heat waves, it might be wise to start worrying about what’s going on below the surface. But earthquakes are just for Californians, right?

In the not-so-distant past, the region along the Mississippi River, where Missouri, Kentucky, Tennessee and Arkansas rub elbows, has played host to all sorts of seismic shenanigans. In the winter months spanning 1811 to 1812, the New Madrid earthquakes, so named because their epicenters were near the town of New Madrid, Missouri, rattled the area with quakes measuring 7.8, 8.0 and 8.2 on the Richter scale. And according to Jake Page and Charles Officer’s The Big One (Houghton Mifflin, $24), a new book detailing the New Madrid quakes and their effects, the devastation was widespread. Whole towns disappeared under rising waters. Trees exploded out of the soil. The ground shook as far away as Montreal. An estimated 1,500 people died.

The Big One promises big thrills and largely delivers. The explanations of earthquake pathology shine a clear light on the science behind the New Madrid quakes, and although the book suffers from a lack of organization, the authors’ eye to the future makes the story a relevant and gripping read. They estimate that if another New Madrid were to rear its quaky head, there would be an estimated $1 trillion in damages and hundreds of thousands dead across 24 states.

Which brings us to the burning question of the modern Midwesterner: Is this going to happen again? Well, eventually. New Madrid’s brand of geophysical activity is known as midplate seismicity because it occurs near the center of a tectonic plate, not the borderland where two plates grind together. Scientists suspect that midplate activity results from rising magma plumes breaking through the earth’s crust, and while there are numerous such rifts across North America, most are ancient and inactive. New Madrid, on the other hand, has experienced powerful quakes at least three times in the past 1,500 years. The prediction, which the authors admit amounts to eductated guesswork, put the chances of a “Son of New Madrid” happening in this century at 20 percent. Not an earth-shattering number, but enough, perhaps, to warrant investment in a seismic retrofit on your home. Or a move to California.