Generating heat energy like the Sun: Can it be this easy? 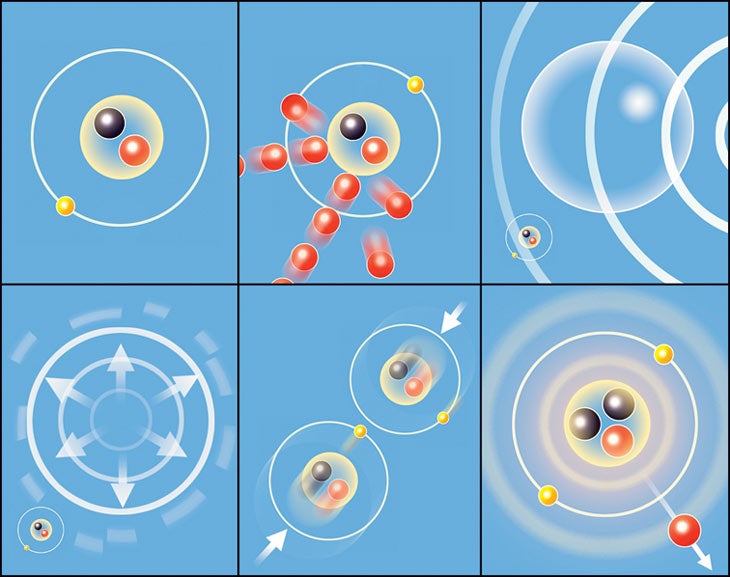 Don’t call it cold fusion. Not yet. For the second time in two years, physicist Rusi Taleyarkhan and colleagues claim to have created a miniature sun in a jar, but this time skeptics are taking a closer look. “I still don’t believe it,” says Lawrence Crum at the University of Washington in Seattle, “but it’s becoming more and more difficult to ignore.”

Most physicists think you need an enormous facility to generate the sun-like heat and pressure required to fuse two atoms, but Taleyarkhan’s fusion device fits on the tabletop of his Purdue University lab. His recipe: Start with a jar of deuterium-filled fluid, send pulses of sound waves ricocheting throughout and blast the fluid with neutrons. The neutrons create tiny bubbles, which the sound waves rapidly expand and contract. The contractions release energy–enough, Taleyarkhan says, to fuse atoms.

Fusion should unleash a burst of neutrons, but Taleyarkhan detected only a few the last time around. Now, thanks to a better detector, he has measured an enormous neutron signal. Crum acknowledges the improvement, but remains skeptical: The neutrons used to start the reaction could be confused for the fusion products. Others are trying to reproduce the results, using laser stimulation to create the bubbles. Until then, most experts say they’re not buying it.