The Most Potent Force in Science Today!

If you pick up a memoir by a famous scientist, more often than not you’ll get a story about how, as a child, he went to the corner drugstore to buy some insanely dangerous chemicals, then nearly blew up the family home. It’s a recurring theme, believe me.

Similarly, stroll through a book of chemistry experiments meant for kids in the 1800s and your hair will stand on end. It’s a wonder anyone made it into adulthood to practice grown-up chemistry. White phosphorous is great fun (a lethal dose is 0.15 grams, but hey, it glows in the dark) and so is mercury, if you don’t know it’s rotting your brain. And all of it easily available to anyone.

These days, and especially since 9/11, you can’t do that anymore: The pharmacist will not sell you all the ingredients for gunpowder, as he would when I was a kid (and I’m not that old, honest). Many formerly common items, including magnesium ribbon, aluminum powder, even certain kinds of fertilizer, are now restricted; if you go around trying to buy them, questions will be asked.

This may help keep kids (and the Homeland) safe, but there’s a cost. We’ll never know how many smart
people became accountants instead of scientists because the science they saw in school made accountancy seem thrilling by comparison.

Explosives, though, are not the only kind of exciting science, and I’m here to tell you that today–not 20, not 50, not 150 years ago, but today–is the golden age of access to a vast range of scientific equipment, supplies, chemicals, you name it.

How is this possible?

If you haven’t tried it, you absolutely will not believe the range, depth and sophistication of the stuff you can routinely get on eBay, often for pennies on the dollar. Need a fume hood so you can do your experiments more safely? I just got a $2,200 model for $150. Slightly used, of course, but what do I care? Need an $800 vacuum pump for your experiments with vacuum vapor deposition? You can get one any day of the week for maybe a tenth of that, on eBay. And yes, if you need some magnesium ribbon to, um, make your Grignard reagents, you can get that too, no questions asked.

Many universities, government labs and private companies dispose of surplus supplies and equipment by public auction, but going to them is inconvenient, unfamiliar to many people, and often a waste of time if you’re looking for something specific. Fortunately there are a bunch of enterprising folks who go to those auctions, then immediately turn around and resell the stuff on eBay: They have in effect made such auctions keyword-searchable and wonderfully easy to buy from.

I think eBay matters. Part of the reason that Japan is the source of such
an incredibly diverse and creative explosion of electronic gadgets is the Akihabara district of Tokyo. It’s a rabbit warren of shops, stalls and ven-
dors selling every imaginable kind of
electronic component, in an atmosphere normally reserved for the vegetable market. Looking for some of the latest high-speed integrated circuits? See the man in the third stall on the left.

That kind of atmosphere stimulates dreaming, problem solving and creativity of the highest order. I’m sure many an engineer, or future engineer, has spent days wandering those booths until just the right part caught his eye, solving a problem or inspiring another astonishingly clever bit of technology.

Growing up in Illinois, Switzerland and Australia, I was annoyed that in all three places I was still a million miles from Akihabara. Well, maybe that’s an overstatement, but I certainly longed to see the place, a dream fulfilled only years later when my company opened an office in Tokyo.

Today eBay is Akihabara and a hundred other markets, and it’s everywhere. It works so well that finding the item you want on eBay and buying it from a complete stranger, a private individual who just happens to have the item you want in his basement, can actually be faster and easier than buying the same item from the Web site or catalog of a regular supplier who has it in stock. Incredible.

Like any good bazaar, eBay has a certain Wild West quality to it. I’ve collected hundreds of element samples for my Web site (periodictabletable.com) from eBay, so I’ve spent a lot of time poking around looking for odd things made out of peculiar elements. eBay may have a policy against selling human remains, but that didn’t stop me from buying an undeniably human femur with an attached artificial knee joint. (No, no one actually robbed a grave; it was a practice bone used to train doctors in knee-replacement surgery. I try not to be too creeped out by the fact that it has gouge marks where someone obviously slipped with a power tool.) Artificial body parts are quite readily available, with several titanium hip joints being offered in the average month (though usually without an attached bone).

Sometimes you wind up with little surprises, such as when I was cleaning out a big liquid nitrogen Dewar flask I’d bought to use for making ice cream, and pulled out a bunch of cell-culture vials filled with pink liquid (!) whose labels indicated that they contained cloned cells of, well, something or other. I e-mailed my friends so they would know what had happened if I suddenly keeled over from mutant Ebola.

Of course these sorts of singular
discoveries can happen at traditional open-outcry auctions as well, as when
I bought an antique safe at an estate auction and discovered inside a sealed glass ampoule containing a pale yellow liquid, mounted in such a way that it would be shattered if someone tried
to smash in the lock. Everyone including the auctioneer took a step back when I held it up for a look: We all assumed it was nitroglycerine. Or maybe just nerve gas.

But what’s really striking about eBay isn’t the occasional crazy story, it’s how wonderfully human the whole place is. It seems to be populated entirely by interesting, talkative, eccentric, overwhelmingly honest people. The Dewar flask, for example, turned out to have originated from a major research university, and the seller put me in contact with the lab there to confirm that the flask had not held anything virulent. (As for the “nitroglycerine,” further research suggested that it was probably just tear gas, which was a popular security measure in safes way back when.)

I have developed any number of good, long-term relationships with suppliers of exotic elements whom I met by bidding on, or asking a question about, an item they had on eBay. A woman in England who supplies me with samples of hafnium, for example: One day I get an e-mail saying she’s found a great lump of it lying around the house. The next day I get another e-mail saying she’s misplaced that one but while searching for it has come across another, even bigger lump. What a fabulous house that must be!

Then there’s the guy in Canada who has the only known supply of some wonderful titanium crystals that look sort of like trilobites; the cesium supplier who sent me some of my first pure element samples; the people who make modern spinthariscopes. (No idea what a spinthariscope is? Search on eBay.)

Is there truly dangerous or illegal stuff on eBay? Maybe some, but the site has done a pretty good job of
policing its auctions after a few well-publicized incidents involving supermodels selling their eggs and the like. There are quite a few things you see that are legal but otherwise hard to get because companies are worried about liability if they sell them to someone irresponsible. And there are things like luminous tritium key chains that are technically illegal in the U.S. but harmless and legally sold in such notoriously lawless countries as England and Japan; that is, they’re illegal but in a jaywalking sort of way. Seriously illegal things like high explosives, plutonium, etc., are not in evidence.

eBay is a phenomenon not seen before, one of the three fundamentally new forces of nature created by the Internet (Google and Amazon being the other two). People may think of it as a vast wasteland of Pez dispensers and Beanie Babies, but nothing could be further from the truth: It is, among many other things, the most potent force in do-it-yourself science education today, maybe ever. 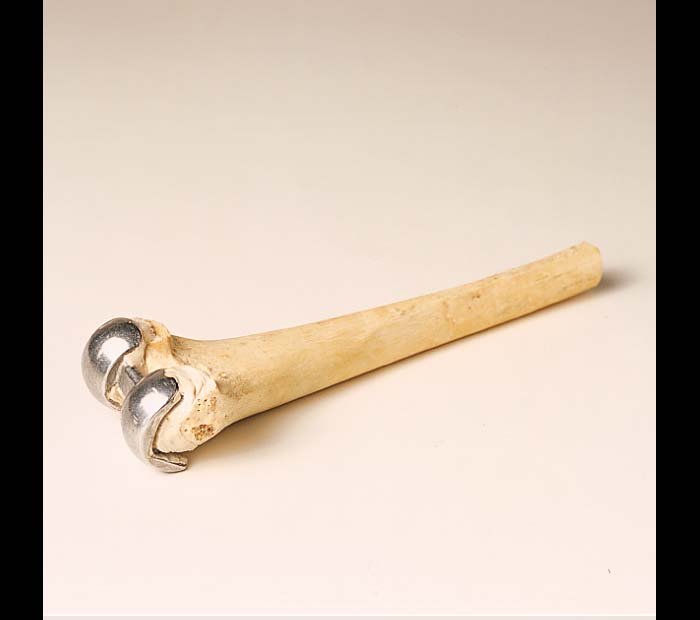 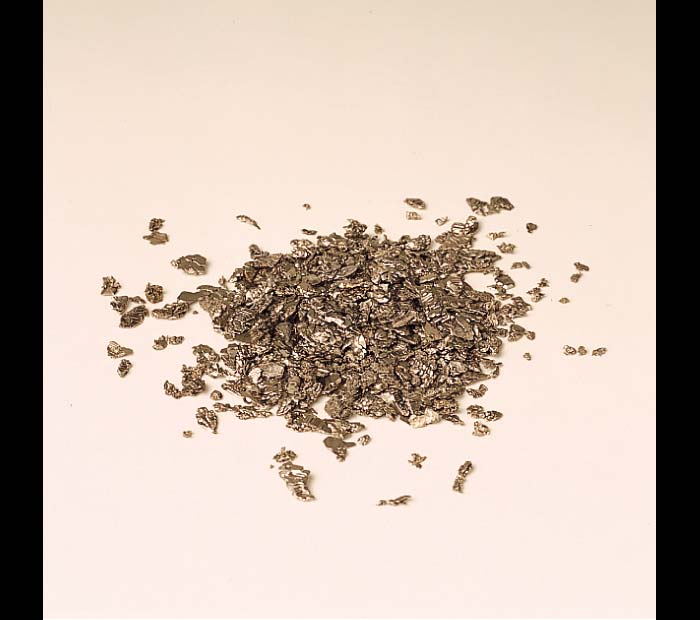 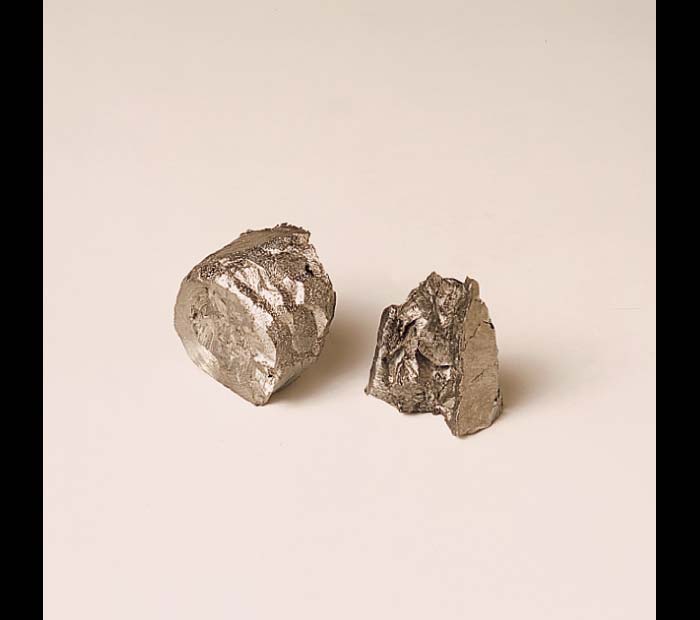 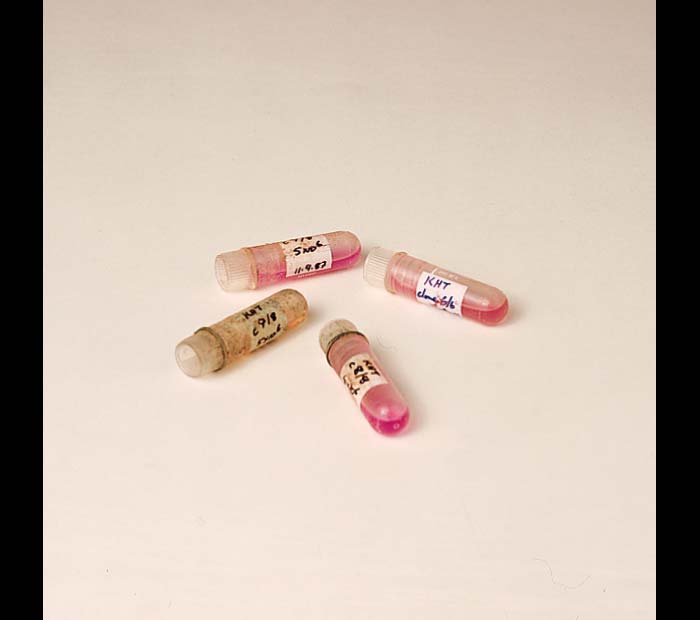 There seems to be no limit to the range of stuff that can be found on eBay. Here: vials of unidentified cell cultures.