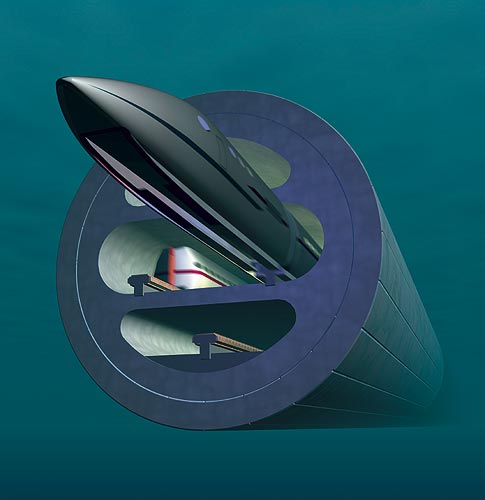 Give a kid a beach and he’ll MAKE a sandcastle; give a man a billion dollars and he’ll build the world’s tallest building. The urge to engineer big is elemental. “The same aspirations to celebrate and uplift the spirit that drove the Egyptians to build the pyramids are still driving us,” says Henry Petroski, a professor of history and civil engineering at Duke University and the author of To Engineer Is Human. “The things we’re doing differ only in magnitude.”

But new technology always ups the magnitude ante. Italy plans to shatter the suspension-bridge record, held by Japan’s Akashi Kaikyo Bridge, with a nearly 2-mile span. Taiwan finished the world’s tallest building in 2003–and Dubai announced a scheme to surpass it by hundreds of feet.

Building higher and farther requires an enormous, conspicuous marshaling of resources. Extreme engineering projects–real and speculative–thus offer picture-window views into the collective aspirations of societies that would undertake them.

“Does Dubai really need the world’s tallest building?” Petroski asks. “These things take great will, and you have to ask, Why are they being built?” One reason: Because they can be built by the nations that undertake them. Meanwhile, nations with a long history of superbuilding move on. The United States has skyscrapers and bridges galore. Now it’s embarking on the world’s most ambitious ecosystem restoration and the world’s first long-term nuclear waste storage facility.

Of course, far more superprojects are dreamed of than built. Here, a look at big engineering schemes–some under way, some in the dream stage.