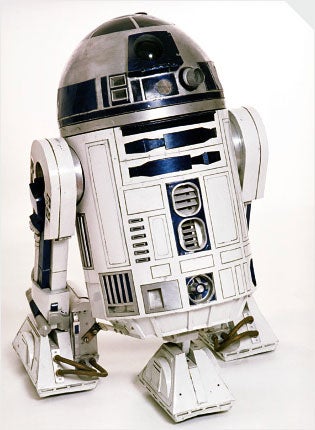 ENSHRINED, THOUGH NOT IN CARBONITE
Pay homage to R2-D2 at the Carnegie Science Center’s Robotics Exhibit in Pittsburgh, on display through September.

When the Academy Awards ceremony airs on February 29, much of the world will see the finest stars in motion picture entertainment stand up and be recognized. While this is all well and good, let’s not forget entertainers in science and technology, many of whom were justly recognized in late 2003.

The Ig Nobel Prizes, which promise to award research “that first makes people laugh, then makes them think,” were handed out last fall in
a ceremony at Harvard University. Winners included a team of Australian physicists for their study “An Analysis of the Forces Required to Drag Sheep Over Various Surfaces,” and a group of Italian and American psychologists for their groundbreaking, if slightly obvious, paper “Politicians’ Uniquely Simple Personalities.”

Furthermore the Robot Hall of Fame, created last year at Carnegie Mellon University, inducted its first members in November. The association includes not only real robots but robots from science fiction “that have inspired us to create real robots that are productive, helpful and entertaining.” Honored in the ceremony were Sojourner, the Mars rover; Unimate, the first industrial robot arm; Hal, of 2001 fame; and R2-D2, who requires no introduction.

Check out the Ig Nobels and the Robot Hall of Fame online.