Wrangling Gators in the Glades

The Everglades are on the cusp of the largest ecological restoration in history. We head out to survey the key to its success.

The hunt is on. I’m perched high in an airboat, taking hits from saw grass pollen and feeling very much like a windshield on a fast-moving car as we crash through the
Florida Everglades in pursuit of a 7-foot alligator. The roar from the boat’s 300-
horsepower aircraft engine would normally be overwhelming, but my earmuffs turn it into a surreal auditory backdrop, like in a movie battle scene when the sounds of war are reduced to a whisper to amplify the drama. The scientist beside me rushes to the front of the boat as we approach our quarry, now weaving frantically through the clear water, and places a snare a few feet in front of its snout. The unwitting reptile swims right into the trap, giving a violent, indignant tail slash once it realizes it’s caught.

One down, eight to go. Researchers from the U.S. Geological Survey, the U.S. Fish and Wildlife
Service and the Florida Fish and Wildlife Conservation Commission run these sampling missions twice a year to monitor the health of alligators in the Florida Everglades. These giant reptiles are top-level predators, and therefore good indicators of the health of the ecosystem as a whole.
By collecting data about their population now, scientists will ultimately
be able to gauge the success of the proposed $8 billion 20-year Comprehensive Everglades Restoration Plan, which promises to restore some degree of natural hydrology to this overdeveloped river of grass. For me, though, this is a once-in-a-lifetime opportunity to interact with one of Florida’s oldest and most feared residents.

Historically, alligators in the Everglades bulked up in the spring when water levels fell, as this forced fish to concentrate in pools and become easy targets. The extra weight allowed gators to weather the wet season, when prey dispersed. But the natural water cycles were thrown hopelessly off-kilter when humans began developing the area in 1948, building canals and levees to dry out land for agriculture and flood control. Now most of the Everglades are either too dry or too flooded, and the natural fish-concentrating patterns of ridges and open sloughs have been largely erased. As a result, the alligators tend to be smaller and less healthy than those found elsewhere in the state.

They still pack a nasty bite, though, and our expedition into gator country begins just before dark with a tongue-in-cheek admonition to avoid their “snapping end” at all costs. Ken Rice, the USGS fish and wildlife specialist in charge of the survey, guides our boat through the endless sea of saw grass with a powerful floodlight, sweeping it in wide arcs in search of the telltale amber eyes of an alligator. Once one is spotted, Rice banks sharply towards our quarry, keeping the reptile mesmerized with the light just long enough for Mike Cherkiss, a wildlife biologist with the University of Florida, to slip a metal noose around its neck. The gator, furious at being snared, twists and thrashes beside the boat as it struggles to break free. This is a critical part of the capture, allowing the gator to wear itself out through several cycles of futile resistance (you simply do not want a well-rested gator on your exam table).

As soon as the reptile loses steam, Rice places another noose around its mouth, and together he and Cherkiss hoist it onboard. Now it’s my job to secure its jaws shut with a few wraps of electrical tape. During the following 15-minute exam, they measure the gator from snout to tail tip (it’s a respectable 8 feet long), take its weight with a handheld scale, and then ask me to, ahem, “sex” the reptile (suffice it to say it’s a tactile test never to be repeated by this writer). Rice and Cherkiss also record water depth and habitat type, and fit the gator with a foot tag.

After five years, Rice and his team are beginning to see relationships between the health of gators and the types of areas where they reside. Just as important, they’re able to feed this data into a computer program called the Across Trophic Level System Simulation, which predicts how potential changes in hydrology will impact gator populations — information critical to formulating plans to restore natural water patterns. “But the real benefit is having a pre-restoration data point,” says Rice. “So we’ll ultimately be able to answer the question, Did it work?”

Towards the end of the night, with our boat’s tally standing at four gators, Cherkiss hands me the snare. My heart pounds in my chest as I approach my prey, a 5-foot gator lounging peacefully amidst the saw grass. It takes me a couple of tries to get used to the snare, but I nab his scaly neck on my third attempt. Yes, it was sitting still and, OK, it had only one good eye — but still, I bagged my own gator. And with some restoration projects already underway, every one counts.

The USGS doesn’t take volunteers on its gator surveys, but there are other ways to tour the Everglades and wrestle their largest reptiles. Here’s where to start.

Take an airboat tour through the same areas surveyed by the USGS. $20; evergladestours.com

Tour the glades on your own. $35; evergladesadventures.com 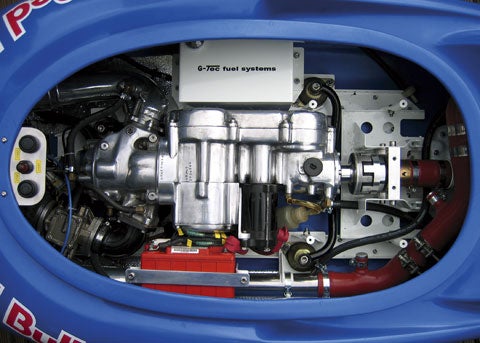 The motor fits snugly beneath the kayak’s seat. 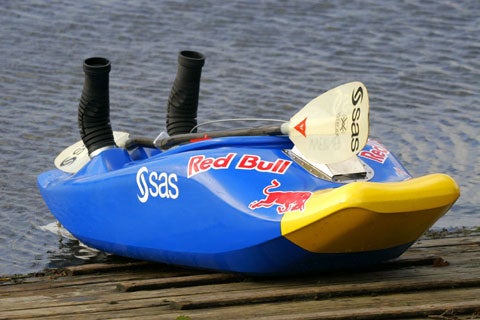 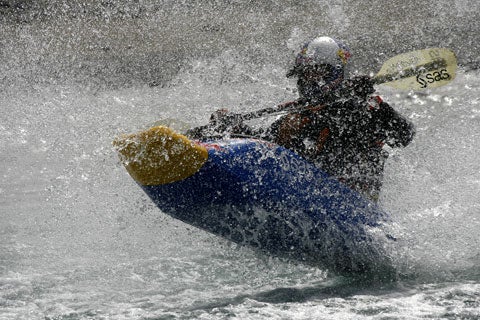 A JET ALL THE WAY

With parts from a jet ski (hence its name) and a modded engine, the kayak practically flies over the water. 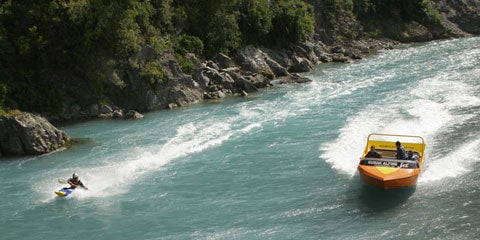 FASTER THAN A SPEEDING BOAT 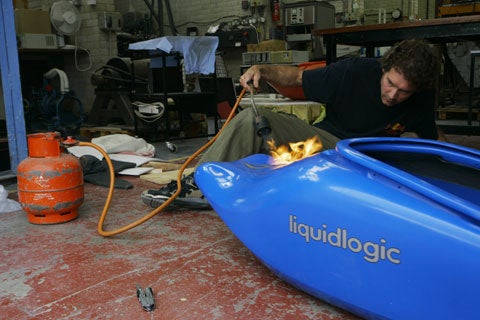