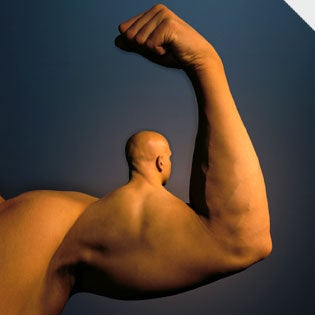 Can an unappetizing meal maximize your memory?

You’ve received a flattering, if last-minute, invitation to Segway inventor Dean Kamen’s private island off the Connecticut coast. What to do? A haircut and a new suit aren’t going to impress a guy with more than 150 patents; you’ll need to be witty, erudite, insightful. Don’t despair: Research suggests that the following edibles may enhance your mental abilities for an hour or more.

Potatoes are quickly converted to glucose, the brain’s primary energy source. Mashed-potato eaters in a 2000 study at the University of Toronto exhibited a 32 percent improvement in short-term memory.

In a series of military studies in 1999 in the Netherlands and 2003 by the US Army Research Institute of Environmental Medicine, tyrosine improved cognitive ability in stressed soldiers.

Caffeine is associated with increased alertness, energy, concentration. And choline is the building block for the neurotransmitter acetylcholine. In numerous studies, including one in 1994 at California’s West Valley College, choline-injesting subjects performed better on memory tests within 90 minutes.

You didn’t hear this from us, but nicotine may enhance alertness and working memory. In a 2003 experiment at King’s College in London, the drug was administered to nonsmoking males. Brain scans showed significantly increased activity in the frontal and parietal cortices, brain regions that govern planning and logic.