Is selective memory erasure more than a Hollywood fantasy? 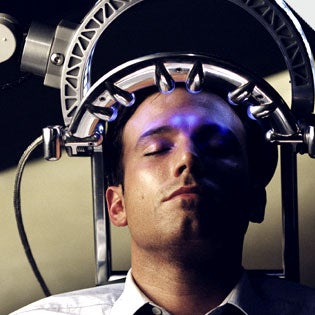 Michael Jennings (played by Ben Affleck) is hired for top-secret projects and routinely has his memory erased once a job is completed so as not to divulge any company secrets.

Ben Affleck probably wishes he could eradicate every last trace of the Gigli debacle from moviegoers’ minds and, appropriately enough, his rebound debut, Paycheck, explores the ramifications of clean-slate mental engineering. In the movie, which is based on the Philip K. Dick story of the same name, Affleck has a lucrative career as an engineer who cracks copyright codes. The catch: his memory is selectively wiped after each job. Popular Science asked Erin Schuman, a neurobiologist at the California Institute of Technology and the Howard Hughes Medical Institute, about the science behind the movie.

Popular Science: In the movie, Michael Jennings (Ben Affleck) discovers that his employer has erased all the parts of his memory that relate to his top-secret work. Is selective memory erasure a real possibility?

Erin Schuman: Most of the molecules important for memory storage are ubiquitous–present in many neurons in many different brain areas. Thus, if one attempted to erase a memory, one would need to know exactly where the memory was stored and make a “targeted” erasure. Given our current knowledge one might imagine an intervention where a memory area of the brain was targeted, but this would result in erasure of all memories, not just the top-secret memories. It is likely that the same brain cells participate in the storage of lots of memories.

PS: If it were possible, would you be able to restore erased memories?

ES: Given our current knowledge, it would seem that the erasure for trauma victims would have a price: other memories would be lost as well.

PS: Do you see any advances on the horizon that could move this closer to reality?