Flacking for Our Friends

Funny songs about math and furniture. 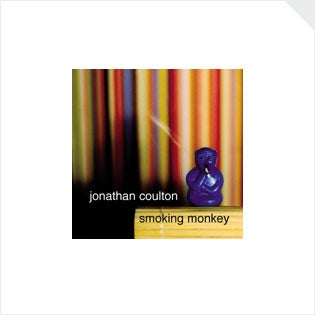 Jonathan Coulton is a professional software writer and sometime recreational robot-builder who happens to be an extremely funny songwriter. His songs scan a vast, weird range of subjects with the sort of wit, edge and self-deprecation heard in vintage Loudon Wainwright III or They Might Be Giants, or in newer bands like Fountains of Wayne — but he’s funnier than any of them. Science and tech themes echo through several Coulton songs, including “Mandelbrot Set” — entirely about the “bad-ass” fractal — and “The Future Soon,” in which a loser, rejected by a girl, fantasizes about manufacturing better times in outer space: “I’ll end world hunger, I’ll make dolphins speak / Work in the daytime, spend my nights and weekends / Perfecting my warrior robot race.” Both can be downloaded at jonathancoulton.com.

Coulton recently self-recorded his first CD, Smoking Monkey, also available online. It contains “De-Evolving,” about a man who is turning into a monkey, and the hilarious “Ikea” — worth a spin just to hear “Norsemen” rhymed with “divorced men.” Warning to the obscenity-sensitive: The F-word is used, though always to ridiculous effect.