Can you tell birdsongs apart? Listen in. 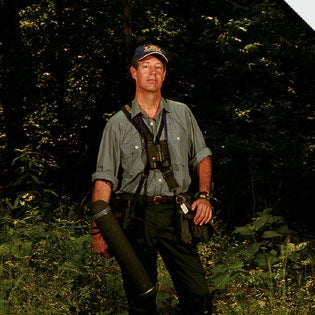 Some ornithologists contend that variations in the songs of birds delineate different species. Expert birder Brett Whitney, featured in “The Man With 10,000 (Bird) Songs in His Head” (Dec. ’03), says there may be as many as 50,000 different species of birds — other scientists assert the number may be one-fifth as large.

Cornell University’s Macaulay Library of Natural Sounds may prove influential in this debate. The Macaulay Library, which is focused on education and conservation, boasts the world’s largest collection of animal music — a veritable Virgin Records of Mother Nature’s greatest hits.

(You will need Real Player to listen to these clips. Download a free player here.)