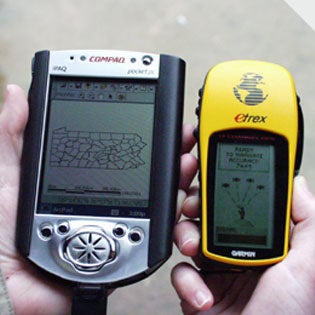 With eyes in the sky and precision-guided public-health foot soldiers on the ground, Pennsylvania is in the midst of another summertime battle against the West Nile virus and the mosquitoes that bear it. Like other states, Pennsylvania uses rainfall data beamed from NASA satellites to guide mosquito control teams, but this season the Keystone State is taking its space-based surveillance efforts to a new level. In a new pilot program, NASA and state public-health authorities are using eight NASA earth science satellites to gather up-to-the-minute information not only on precipitation but on
climatic conditions as well-including land temperature, soil moisture and vegetation growth. Health officials say this data, loaded into a computer model, will allow them to pinpoint and bug-proof potential new mosquito breeding grounds.

The tactic could give Pennsylvania an edge over a virus that has exploded across the country during the past three years. In 2002 it infected more than 4,000 Americans, killing 284, including 9 Pennsylvanians. In most victims, the West Nile virus causes mild flu-like symptoms, but in the elderly and others with weak immune systems it can lead to fatal encephalitis.

The NASA data will augment Pennsylvania´s existing computer mapping system, which tracks where infected birds and mosquitoes have been reported throughout the state. Up to 500 field workers collect samples captured in traps, then log their findings into PDAs, affix bar codes to each sample, and send them off to labs. A global positioning system device registers the precise location of the finds.

Under the new program, the field and satellite data will be combined to produce West Nile risk maps. Even better, the model could be modified to track other vector-borne illnesses such as Lyme disease. â€What we´re aiming for,â€ says Dan Arbegast, chief of vector control at Pennsylvania´s Department of Environmental Protection, “is like a weather forecast-like logging on to weather.com.”