Soldier Meds: Are They Safe? 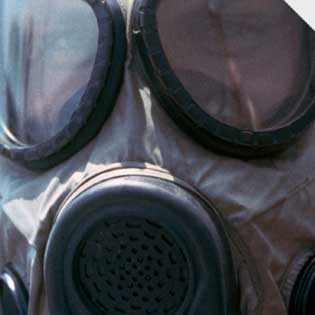 Tens of thousands of American troops in the Persian Gulf may soon be popping tiny white pills called pyridostigmine bromide, or PB,
a controversial anti-nerve-gas drug that the FDA quietly approved for military use in February. During the 1991 Gulf War, PB was prescribed experimentally to more than 250,000 U.S. soldiers to guard against exposure to soman, a deadly nerve agent, which the Pentagon believes Iraq may use against U.S. forces. But since its use in the Gulf War, PB has been linked to a cluster of chronic health problems — such as fatigue, memory loss and joint pain — reported in
nearly 200,000 veterans.

PB is the first drug to be okayed under the FDA’s “animal efficacy rule,” a procedure created last July to clear drugs that cannot be ethically or feasibly tested on humans.

“It’s true,” says Robert Temple, associate director for medical policy at the FDA’s Center for Drug Evaluation and Research. “This approval was entirely based on data from monkeys and guinea pigs, but that’s our only option. We can’t do human trials of soman poisoning; it just kills you.”

Here’s how PB works in a combat scenario: Before possible exposure to soman gas, a soldier swallows one 30-milligram tablet every eight hours. Once inside the body, PB protects an enzyme normally disabled by soman. (Without that enzyme, toxic levels of the neurotransmitter acetylcholine cause violent muscle spasms that end in fatigue, paralysis and, ultimately, death.) According to the FDA, PB works as a “pretreatment,” giving a soldier exposed to the gas a few additional minutes to inject himself with the chemical antidotes atropine and pralidoxime.

PB was approved in 1955 to treat myasthenia gravis, a rare neurological disease marked by an acetylcholine deficiency. No long-term side effects have been documented in MG patients, and soldiers take much smaller and less frequent doses. The FDA says this helps support the drug’s potential safety in humans. But Beatrice Golomb, the scientific director of The Presidential Advisory Committee on Gulf War Illnesses, claims the two applications have little in common: “It’s like suggesting that since diabetics tolerate high doses of insulin then it’s safe to use in people who don’t have diabetes.”

Concerns about PB’s potential toxicity are largely pinned on the definitive Rand Report, a 385-page Pentagon-sponsored review of nearly 1,000 studies on PB and its effects, authored by Golomb. The report, published in 1999, concluded that the link between PB and chronic illness in Gulf War veterans could not be ruled out, and deserved further investigation. Since then, dozens of
animal studies from leading research centers — Duke and
Purdue Universities, the University of Texas and others — have shown that PB can cause permanent changes in the nerve and muscle regulation of mice.

Still, PB is only one among dozens of toxins implicated in Gulf War illness, including sarin, VX, pesticides and depleted
uranium from American ammunition. A
single smoking
gun is unlikely, scientists say.

Illness aside, critics worry about the troops’ lack of choice: Any FDA-approved drug can be given to soldiers without their consent. “My concern,” says Golomb, “is that approval will lead many to believe we know more about the safety of PB than we actually do.”