From the Popular Science archives: September 1940 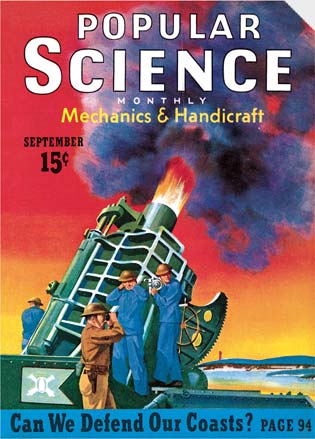 U.S. coasts seemed as vulnerable 62 years ago as they suddenly seemed after September 11. Today the threat is understood to be hidden-bombs or terrorists arriving in container ships-but then fear centered around a naval assault. Batteries of 16- and 12-inch guns were built near principal harbors, but mostly went unused. Where they might have been tested, at Pearl Harbor, they were silent, ineffective against the surprise aerial attack.

in the Pacific Theater. When Japan invaded the Philippines, troops landed

well north of the major gun batteries at Manila, avoiding