The Curse of Kicking

Sports medicine: It's bowlegs from balls. 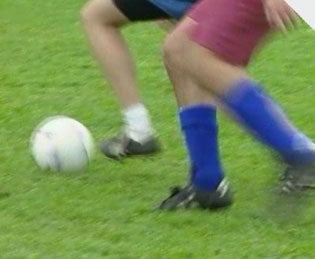 Soccer may be our most popular European import since the Beatles. The sport is now played by some 4 million American youths, most of whose parents view it as a safe alternative to football. Soccer is relatively safe, but it is not without health risks, and Belgian researchers have discovered a new one: bowlegs.

Ghent University’s Erik Witvrouw led a study that examined 550 soccer players ages 13 to 18. The teenagers stood with their feet together while researchers measured the distance between their knees. The longer the kids had played the game, the wider the gap grew. In young people, bowlegs are chiefly a cosmetic nuisance, though the condition can sometimes increase the risk of ligament damage. In later life, however, bowlegs can lead to arthritis.

And what is it about soccer that causes a condition Americans more commonly associate with aging cowpokes? Kicking the ball. “By doing that repetitively, you begin to develop very strong but short muscles on the inside of your knee joints,” Witvrouw says. “Children develop imbalances between the muscles on the inside and the outside of these joints. When they start growing, that puts unequal stress on their knee joints-and they develop bowlegs.”

Witvrouw says the condition stops worsening after the age of 18. And he hastens to add that he is not recommending that kids give up playing soccer. Instead, he suggests regularly stretching the inner muscles of the knee and strengthening the outer muscles in order to keep them balanced.