Kansas kids dig deep and discover a mystery about the fats in french fries. 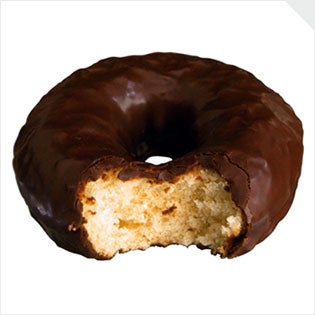 “Kids Eat French Fries, An average of about 30 pounds a year,” says high school science teacher Janice Crowley. “So I decided we’d study what they eat.” Good decision: The science of french fries has brought Crowley and her students at Wichita Collegiate School in Kansas a $10,000 grant and publication in a scientific journal. Better yet, it has taught them the big thrill of scientific discovery.

Crowley designed a series of experiments in which her advanced students would study the ratio of linoleic to linolenic acids in different brands of fries and doughnuts. Research has shown that if cancer patients consume a ratio of the acids that is 9 to 1 or higher, their tumors may grow faster-indeed, these ratios may be more significant than the amount of fat eaten.

Each experiment began with a weeklong process altering the molecular structure of the fatty acids in the fried foods so that they could be studied. Oils were extracted with a solvent; then heavy particles and water were separated out with a centrifuge. Next, a stream of nitrogen was used to evaporate the solvent. What remained was the converted fatty acid in an oil form. This was then injected into a pressurized stream of helium and fed through a coiled tube, coated with a solvent. The solvent reacted differently with each of the acids, causing them to emerge at the end of the tube at different times, where, finally, measurements could be taken and ratios calculated.

The students were shocked by what they learned: Fries from local restaurants had acid ratios as high as 17 to 1. “We definitely eat ’em with a lot more discretion now,” says Amar Shah, 18. What especially piqued their interest (and their teacher’s) was fat ratios could vary radically: Fries from one restaurant had a ratio of only 3 to 1.

But why did the ratios vary, and why was one ratio so low? “It got to be a contest to see who could stay after school the longest,” says Margaret Chang, 17. Experiments seemed to eliminate the possibility that oils or methods of frying accounted for the effect. Then they discovered that the restaurant with the lowest ratio coats the potatoes twice with batter before frying them.

Crowley applied for, and received, a grant from Toyota, whose tapestry program rewards excellence in science education. The money will be used to investigate whether, indeed, double battering makes french fries healthier, and if so, why. Current experiments involve trying different batters. “So far, we’ve gotten pretty good results with corn starch,” reports Jessica Meister, 17.

Meanwhile, Crowley and her students have published a paper about their work in the the Journal of Chemical Education. It is titled “Classroom Research: GC Studies of the Linoleic and Linolenic Fatty Acids Found in French Fries” and all 15 students were listed as co-authors. “When I was visiting colleges,” says Jake Kraft, 19, who will attend the University of California at San Diego in the fall, “professors were blown away when I told them I was published.”

What pleases Crowley most is that her students seem to have learned both the challenges of research and its rewards. “It could get so monotonous at times, and that’s when we’d make mistakes,” says Shah. “But once you see the process through and the door opens-it’s incredible.”

Crowley is set to continue the research next year with a new group of students.