Where you see sun, sand, and surf, Stephen Leatherman sees a dying patient. 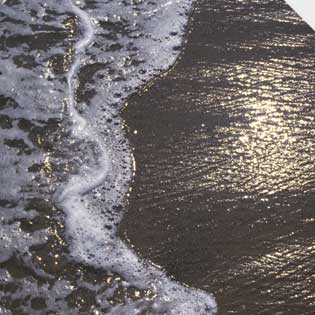 Stephen Leatherman is befuddled. He came to Sunny Isles Beach in south Florida expecting to see a severely eroded shoreline. Instead, he’s found 70 yards of expansive white sand. After consulting a local specialist-the lifeguard-Dr. Beach, as Leatherman is known, makes his diagnosis: Recent dredging has tripled the beach’s width, and that’s not necessarily a good thing.

“Sand is like gold,” explains Leatherman, director of the Laboratory for Coastal Research at Florida International University. “But dredging is only a short-term fix.” Given the worldwide sea rise caused largely by melting in the polar regions, the beach nourishment will need to be repeated within a few years. “A 2-millimeter rise per year doesn’t sound like a lot,” he says. “But for every unit of water rise, the beach will shrink far more horizontally.”

Leatherman knows taking on the forces of global warming is an uphill battle, although he has done so in books, scholarly articles, and congressional testimony. And he doesn’t just preach; he rates. Every year he releases a top-10 list of America’s best beaches, the seashore equivalent of the Oscars and the end product of hundreds of hours of hands-on research like the kind we’re doing today.

Leatherman brings his own tools, including a clinometer for measuring slope and fluorescent dye to gauge currents. He scoops sand into a stack of sieves and asks me to shake it. Most settles into the 0.002mm container, which he classifies as “moderately fine,” earning it 4 (out of 5). Then we compare it to his sand color chart; it’s light tan, better than gray, though not as good as white or pink.

A thermometer reveals the water to be a refreshing 80 degrees (it gets a 5). We measure clarity by lowering a black-and-white disk into the water beyond the surf zone and watching it disappear. It stays visible for 30 feet-nothing to sneeze at (a 4).

Some of Dr. Beach’s 50 variables, he admits, are subjective: Low, safe waves are great for swimmers but not surfers; and he prefers crescent-shaped pockets to long, straight expanses of sand. Other factors, like the presence of algae, sewage, tar, glass, and pests, are not up for debate.

In the end, Sunny Isles gets low numbers for crowd level, limited access, and the obstructed view caused by high-rise proliferation. But with a 199 out of a possible 250-and good marks for safety and cleanliness-it’s a candidate for Leatherman’s Healthy Beach Certification, which rewards beaches that meet EPA standards for water quality, have plans in place to contain erosion, and pledge to protect wildlife, control litter, and prevent pollution. “It’s like the Good Housekeeping seal of approval,” he says.