How Tinsel Town's leading entomologist gets 8-legged actors to perform. 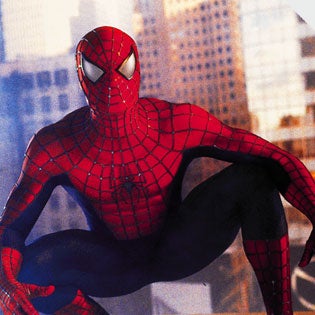 Hollywood has been described as a city of locusts, and that’s just fine with Steven Kutcher. Kutcher is Tinsel Town’s leading entomologist, a bug whisperer famous for wrangling creatures for films like Arachnophobia, The Exorcist II, and Jurassic Park. His calling card is an uncanny ability to coax bugs to his bidding. “Any fool can dump a bucket of cockroaches on a table,” he explains. “But I make them work for the camera.” We spoke with him about his most recent assignment, Spider-Man, which arrived in theaters on May 3.

Popular Science How did you audition spiders for Spider-Man?

Steven Kutcher I needed a spider that would spin down 3 or 4 feet, walk, and lift an incredible amount of weight. Oh, and I had to design the spider as well.

SK The producers gave me a drawing of a giant spider that doesn’t exist. I had to find one that matched it closely, and come up with a specialist who could microscopically paint it in the colors of Spider-Man.

PS How else do you dress up the little guys?

SK I put them in costumes. I worked on a Bud Light commercial where the producers wanted a cricket with tusks and an elephant trunk. I was able to find a suitable cricket, the designers made tiny latex elephant costume, and I helped them fit it to the bug.

PS How do the insect actors react to human costars?

SK Truth is, the set matters much more than the actors. I’m often asked to have moths fly around a light on a porch. Now that might sound pretty easy, but when they light up the porch with studio lights the damn things go everywhere. It’s my job to anticipate stuff like this and solve the problem before it happens. You really have to pay attention to details.

PS What’s the most difficult trick in your book?

SK In Arachnophobia I had to coax a spider to walk right into a slipper from 4 feet away. I won’t tell you how I did it, but let’s just say the key was to make the spider stay in a track.

PS Do you have a favorite insect to work with?

SK I like flies . . . as long as there aren’t a lot of them. I once got a fly to clean itself on cue for a Volkswagen commercial-I dipped its head and front legs in honey.

SK I must admit that I do kill things that shouldn’t be inside the house, as well as nonnative insects. But I have a passion for bugs; each one has something to teach me.