Ivan Moscovich likes nothing better than a riddle wrapped inside an enigma. 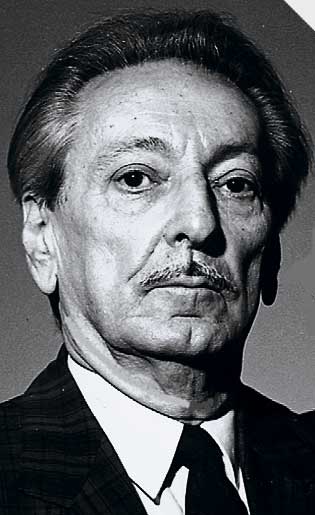 Over the course of his amazing life, Ivan Moscovich has been a railroad supervisor, a museum director, an inventor, a researcher for the Israeli Ministry of Defense, and an artist. But math and science puzzles are his greatest love, as shown by his recent book, 1,000 Playthinks (Workman Publishing).

Moscovich, who has amassed a collection of more than 5,000 puzzles, is hard pressed to come up with a favorite. But he does say that one of the most remarkable puzzles he ever encountered has no solution. It’s something that actually happened to him, an event he refers to as The Coincidence.

Moscovich was born in 1926 in Serbia. Hungarian fascists murdered his father, and the rest of the Moscovich family was sent to Nazi concentration camps. When the allies liberated the Bergen-Belsen death camp in 1945, Moscovich was literally lying on a hill of stacked corpses, more dead than alive himself. A British officer found a German doctor, pointed a pistol to the doctor’s head, and said: “If this man dies, you’ll die too.” He lived.

Moscovich still has an identification number tattooed on his arm-335544. Shortly after his release, he overheard another survivor say, “Last night, I dreamed I bet my number in the lottery-and won.” A few minutes later, he happened to find a small sum of money on the street. He decided to play the lottery. He had no intention of playing his number, but when he picked a random ticket, it just happened to have the number 335544. “Now, in that lottery, you could either win the jackpot, or you could win back your stake,” says Moscovich. “I never won the jackpot. But I did win back my stake-for exactly 52 weeks in a row. I’m quite sure the odds of that happening are much less than winning the jackpot. So I’ve always wondered: Why did it happen? Was there, perhaps, a message being sent? Or was it just a coincidence?”

That puzzle is never likely to be solved. But below are two others from 1,000 Playthinks that can be. Look for more Moscovich puzzles in future issues.

A Pair of Puzzlements

Moscovich’s “Playthinks” run the gamut from easy to tough. Here’s one from each end of the spectrum.

Tough: Digraph Hexagon (left, top)
In this directed graph (“Digraph”), each path between two of the numbered points allows travel in just one direction, which is marked with an arrow. With that in mind, can you find the route that will allow travel to all six points?

Easy: The Trapdoor (left, bottom)
Can you work out which way to push the rack so that the trapdoor will open?