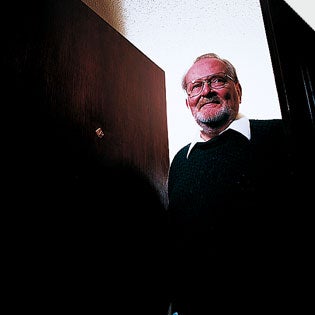 Bob Lougher helped shut down one of the biggest invention promotion companies.

One day in 1992, as Bob Lougher sat at his desk at American Inventors Corp., he finally figured it out: “This entire operation is a sham!”

The company was raking in upward of $10 million a year by selling a worthless patent search service to inventors. American Inventors had contracts with attorneys who conducted these searches. The inventions usually turned out to be unfit for a utility patent, the only kind that’s valuable in the marketplace. But American Inventors would conceal this information and recommend a worthless “design” patent-pumping inventors for more money while leading them to believe, erroneously, that their ideas were marketable.

Lougher practically ran out of the building in disgust. But that wasn’t the last his bosses saw of him: Lougher went after them. Following a series of lawsuits, Lougher got the Federal Trade Commission to launch an investigation and, last year, Ronald Boulerice, president of American Inventors, was sentenced to eight years in prison, fined $7.3 million, and ordered to pay $2.3 million in restitution.

Other company executives were also convicted of defrauding some 34,000 inventors. The investigation also uncovered documents confirming that the company was responsible for several death threats against Lougher and his family, and for bugging his home.

Today, Lougher is executive director of the United Inventors Association, a nonprofit group that helps inventors get their ideas marketed. It also teaches them how to avoid getting swindled, through meetings, publications, and its Web site (www.uiausa.com). Unfortunately, he says, many companies still peddle sham services, but neither the FTC nor most state attorneys general offices are much interested in investigating them. Worse, despite the 1999 Inventor’s Protection Act, unscrupulous companies are starting to sue inventors who file complaints. “They know inventors don’t have the money to fight the suits,” Lougher says. “More than 25,000 inventors are defrauded each year. These companies prevent thousands of new inventions from ever hitting the marketplace.”