A new speed skating suit debuts at the 2002 Winter Olympics. 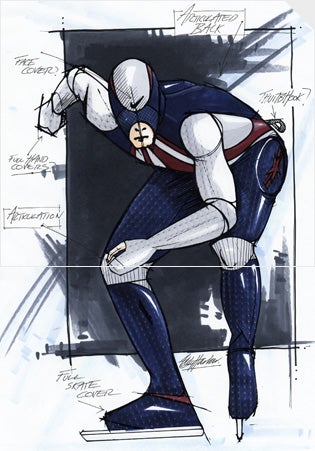 by Illustration courtesy of Nike

More than 60 materials were tested for Nike’s new speed skating suit. Six made the cut.

Whereas previous speed skating suits used only one textile, Nike’s suit employs six — each specific to the aerodynamic properties of that body area.

Six years in the making, Nike believes the suit is as fast as it can be.

“But the only tangible measure is a skater crossing the finish line during competition,” said Rick MacDonald, who led the project for Nike apparel’s Advanced Innovation Team.