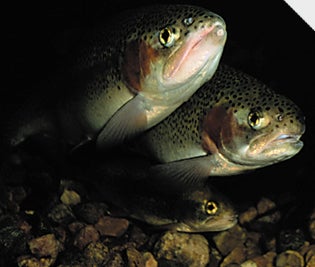 by Photo by: Jim Calbrese

Mrs. Paul’s . . . down on the farm. Farm-raised fish have been found less toxic than those snared from the wild.

Score one for science. All the controversy over pesticides, growth hormones, and genetically modified foods has most peoples’ heads spinning. But a recent study has found that fish raised at southern aquaculture farms carry much lower levels of many pollutants than fish caught in oceans, lakes, and rivers.

Researchers from Purdue and eight other universities tested several fish species — including channel catfish, rainbow trout, and red swamp crayfish — for PCBs, pesticides, and nine heavy metals, including mercury, lead, cadmium, and arsenic. Among the findings: Mercury levels in farmed fish were 40 to 100 times lower than federal safety standards. The U.S. Agriculture Department funded the research.

So why are farm-raised fish usually safer? Purdue researcher Charles Santerre cites several reasons: They don’t graze polluted river bottoms and lakebeds. Also, they are fed commercial fish food that must be guaranteed safe by the manufacturer — versus munching down other fish, which may themselves contain pollutants. And finally, they are usually raised in ponds filled from ground water that tends to be much cleaner than surface waters.

Obviously, anglers can continue to fish lakes and rivers, but Santerre recommends that they consult advisories issued by each state. “In many states, agencies have found high
levels of mercury and PCBs in fish caught from local streams and lakes.”