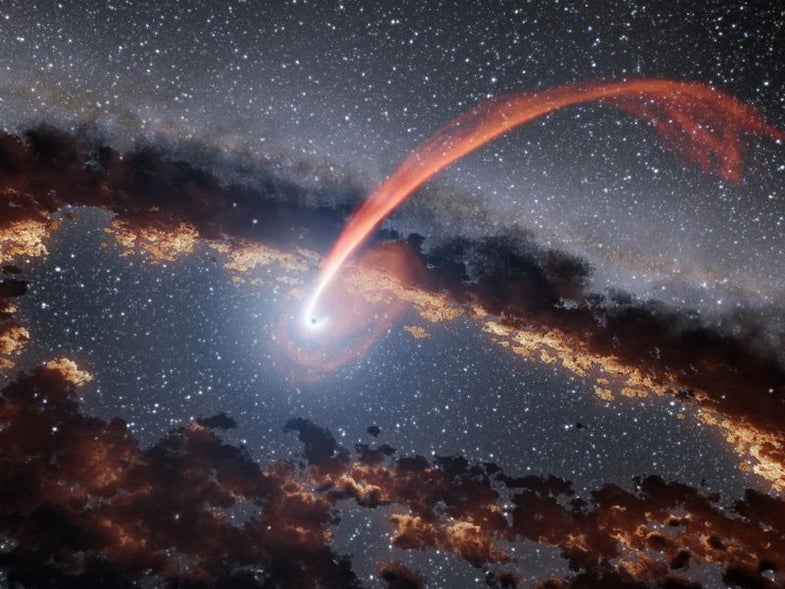 When a black hole gobbles up a star, a flare of energy is released. The burst demolishes nearby space dust, but dust farther out is heated and gives off infrared radiation. Now, astronomers have sniffed out four of these light echoes, and are using them to measure the energy from the stars’ demise.

The researchers gathered information on the glowing dust with NASA’s Wide-field Infrared Survey Explorer (WISE) spacecraft, and posted the findings in two independent studies to the arXiv.

After a flare peaks, infrared radiation can be read from nearby dust for up to a year. During a flare, a black hole carves a round, thin shell of heated dust about half a light-year away from itself, the astronomers believe.

“The black hole has destroyed everything between itself and this dust shell,” one of the researchers, Sjoert van Velzen of Johns Hopkins University in Baltimore, said in a statement. “It’s as though the black hole has cleaned its room by throwing flames.”