Found: Genes That Affect The Shape Of Your Nose

The genetics of pointiness 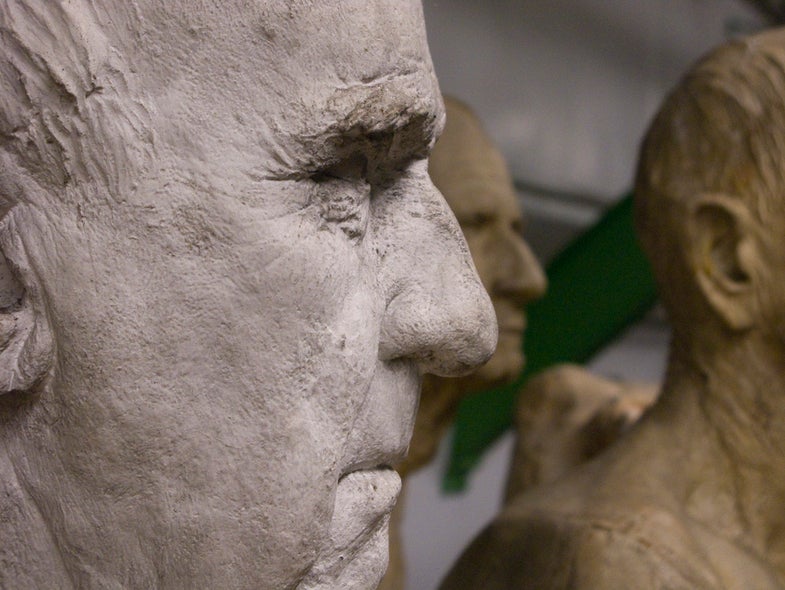 Noses come in a diverse variety of shapes and sizes. In fact, in studying what causes a nose to look the way it does, scientists identified 14 different facial traits and ranked them on a three-point scale based on their distinctiveness. The researchers analyzed about 6,000 photographs of Latin American participants’ noses, and then built 3D computer models of about half of them to get a closer look at seven of those attributes. In the study, published this week in Nature Communications, the authors say they chose Latin America for its European, Native American, and African American populations, which all tend to have distinct nose types.

Two genes were linked to nostrils (GLI3 and PAX1), one (RUNX2) affected the bridge, and DCHS2 was found to influence how far the nose sticks out, and the angle of the tip (aka how pointy the nose is). All four of these genes are linked to the cartilage and bone development of the face.

Previously, the researchers used a similar method for determining the genes linked to the shape of the outer ear. And it turns out, one of those genes (known as EDAR), which determines earlobe shape, is also related to how prominent your chin might appear. that As The Guardian reports, though, there may still be more research needed to study what other genes may be influencing this nasal diversity. The research could provide more context into the evolution of these facial attributes, and perhaps more practically, it could aid forensic experts in building accurate facial reconstructions of suspects.