Scientists Have A More Precise Way To Measure Your Brain

A British company is making the device a reality 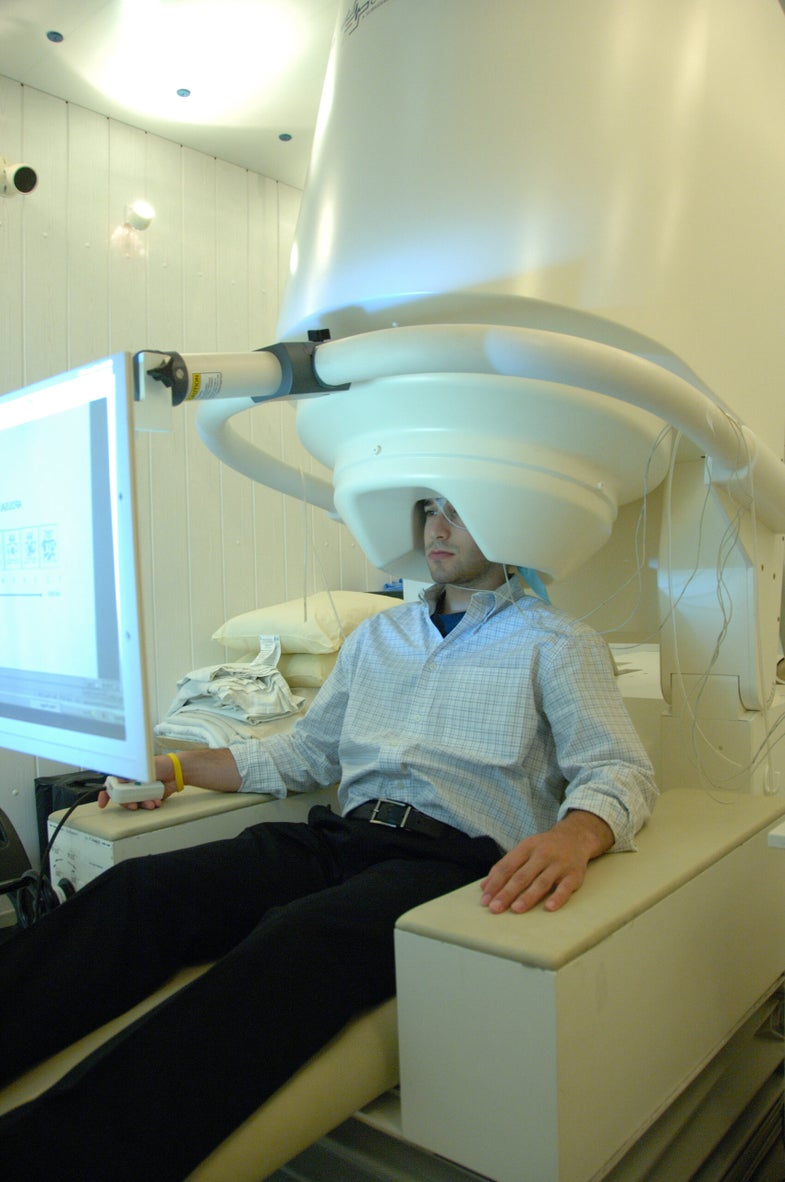 MEG scanners like this one can detect tiny magnetic fields within the brain to better understand its function. NIMH Image library via Wikimedia Commons
SHARE

Measuring the activity of the brain can tell researchers a lot about how a healthy brain functions, as well as when the functioning is disrupted, whether by psychiatric disorders like depression or schizophrenia, or neurodegenerative diseases like Alzheimer’s or Parkinson’s. The tools that scientists use to measure and track that brain activity, such as fMRI and EEG, are already quite sophisticated. But more precise tools that take different kinds of measurements could help researchers learn new information about the brain.

Now scientists at Royal Holloway, a research university in the United Kingdom, have developed a sophisticated machine called the HyQuid that can detect the tiny magnetic fields that the brain emits. Now the technology company York Instruments will be developing the research to make these detectors more available to researchers and for lower cost.

HyQuid is a type of magnetoencephalography (MEG) brain scanner. Electrically charged atoms called constantly flow through neurons in the brain, changing from negative to positive after a neuron fires. When several thousand of these neurons fire together, they create a distinct and measurable magnetic field, each with one-billionth of the power of Earth’s magnetic field, according to the Institute for Learning and Brain Sciences at the University of Washington.

MEG scanners pick up on these tiny fields. Most versions fit over the head like a salon hair dryer and contain special sensors, called superconducting quantum interference devices (SQUID), cooled in liquid helium inside the lead helmet to reduce interference from other magnetic fields. The device can only be used in a room shielded from electromagnetic fields coming from outside. HyQuid builds on the previous SQUID design by making it perform better and easier to calibrate, according to a Royal Holloway press release.

MEG scanners aren’t designed to take the place of other types of brain scanning tools, though they are more precise than EEGs, which measure the brain’s electrical activity, and provide more direct measurements than fMRIs, which use changes in blood flow as a proxy for brain activity.

Despite their cost (each about $3.4 million in 2012), many researchers have started using MEG scanners over the past decade. The scientists at Royal Holloway and York Industries hope to encourage the neuroscience research conducted with MEG scanners by releasing the HyQuid easier to use than its predecessors and more affordable, though they haven’t specified how much a HyQuid scanner will cost.