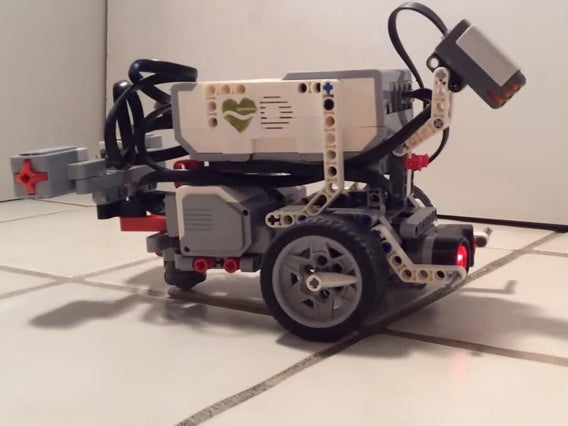 A Lego robot programmed to act like a roundworm may signal the next big leap for artificial intelligence.

The Open Worm Project is a group of programmers and scientists who have been developing an open-source virtual worm. Last year, the team was able to control a Lego robot with software replicating the behavior of the simple C. elegans roundworm.

To make it happen, the group built a digital recreation of all the worm’s neurons—software they’ve been developing for a number of years. Once synced with the software, the Lego robot began moving sort of like a roundworm. This was the first time the technology has been able to independently control a machine.

Here’s a demonstration of the software at work.

Project coordinator Stephen Larson told CNN he thinks the technology is 20 to 30 percent complete. The work is still awaiting peer review. Eventually, the group wants to create a full worm robot with a body to match the neuron program (since real roundworms don’t have wheels). The worm software will become available this June to allow more people to collaborate on the project.