UK agency has given approval to use CRISPR to modify embryos, a world-first 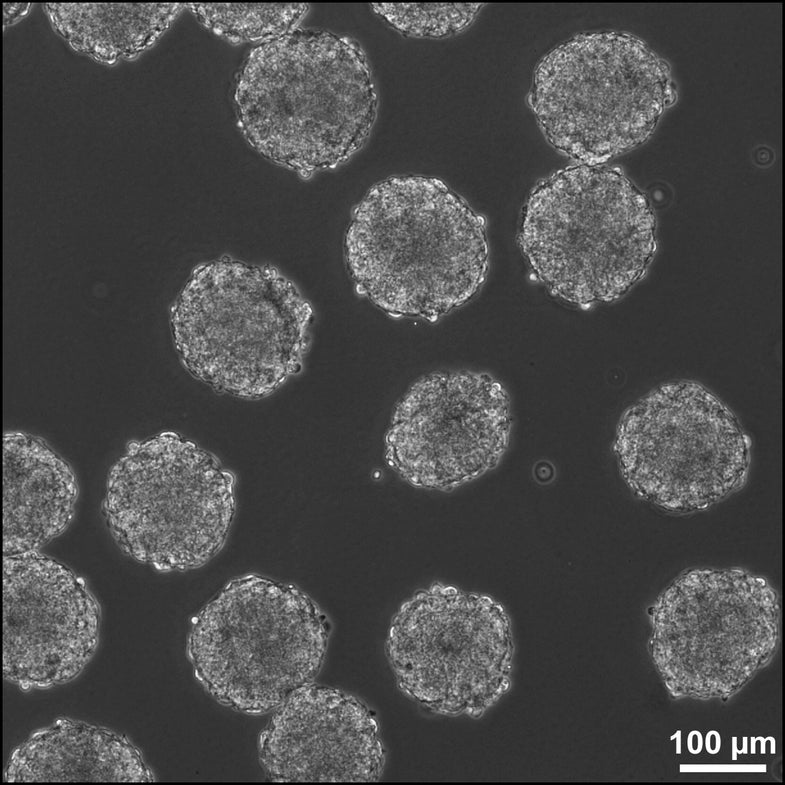 Scientists in the UK have gotten the go-ahead from a government agency to begin modifying human embryos — the fertilized egg that begets all human beings — using the increasingly popular gene-editing technique known as CRISPR.

Specifically, the UK’s Human Fertilisation and Embryology Authority (HFEA) granted approval to a team of scientists at the Francis Crick Institute in London CRISPR to modify the DNA of human embryos, according to a press release. This is the first such project to receive government approval, as Nature News reports.

Developmental biologist Kathy Niakan plans to use CRISPR to better understand a gene called OCT4, thought to play a key role in the earliest stages of an embryo’s development. Human DNA directs the newly divided cells to take on different functions in the organism, but researchers haven’t yet been able to study just how this happens. A better understanding of DNA’s role at this early stage might help researchers prevent miscarriages, which are common and the causes of which are still poorly understood, or to develop better infertility treatments, Niakan told the BBC.

In this first experimental phase, the researchers plan to observe embryos as they grow from eggs to blastocysts, structures that develop in the first week after fertilization and contain no more than 300 cells. The researchers will inhibit the OCT4 gene and will see how the embryos develop for seven days, after which point the embryos will be destroyed. The embryos will be donated, mostly by couples that didn’t use them for in vitro fertilization, and it will be illegal for the researchers implant these experimental embryos in a woman.

This won’t be the first time that scientists use CRISPR to modify the genes of human embryos—that was done last year in China. Since then, members of the scientific community have discussed the ethics for how to experiment with the powerful genetic editing tool responsibly. The scientific community has been overwhelmingly supportive of Niakan’s research and the HFEA approval, likely because the researchers behind the experiments have made sure to put ethical stopguards in place.

Now Niakan needs approval from an ethics board (the equivalent of an institutional review board in the United States). If she gets it, she could begin her experiments just a few months after.