Bones from the past could help patients in the future 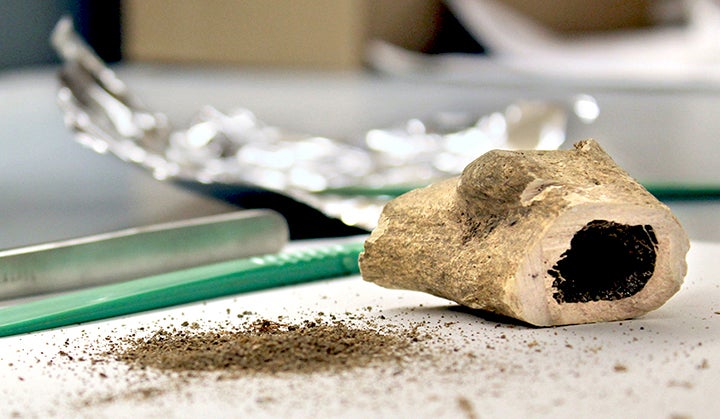 Skeletons are often all that remains of, well, human remains after a few centuries entombed in the ground, but there’s a lot that can be learned from bones. Including, apparently, whether the person in question ever contracted malaria.

Jamie Inwood, a graduate student at Yale, led a research group that figured out a way to diagnose malaria in bones nearly 1500 years old. After looking at finely ground samples of bone marrow from leg bones of children taken from an archeological dig in Italy, Inwood identified the crystal hemozoin, which is created by the malaria parasite as it digests human blood. She hopes to use the method to examine other remains at archeological sites around the world, and eventually build up a picture of how malaria has changed over time.

“There is a constant evolution of this disease, because of changes in human populations and changes in the medicines we use to treat it,” said Roderick McIntosh, a professor of anthropology at Yale said in a press release. “Knowing the history of the mechanisms by which malaria evolves is a very good thing. We want to put together enough data for a timeline of malaria in humans.”

Malaria is spread by mosquito and infects 198 million people every year. The CDC estimates that in 2013, 500,000 people died of the disease, primarily children in Africa. Understanding more about how malaria changes and spreads could help reduce that number in the future.