Martian beavers, intentional explosions, and other weird facts from 150 years of PopSci 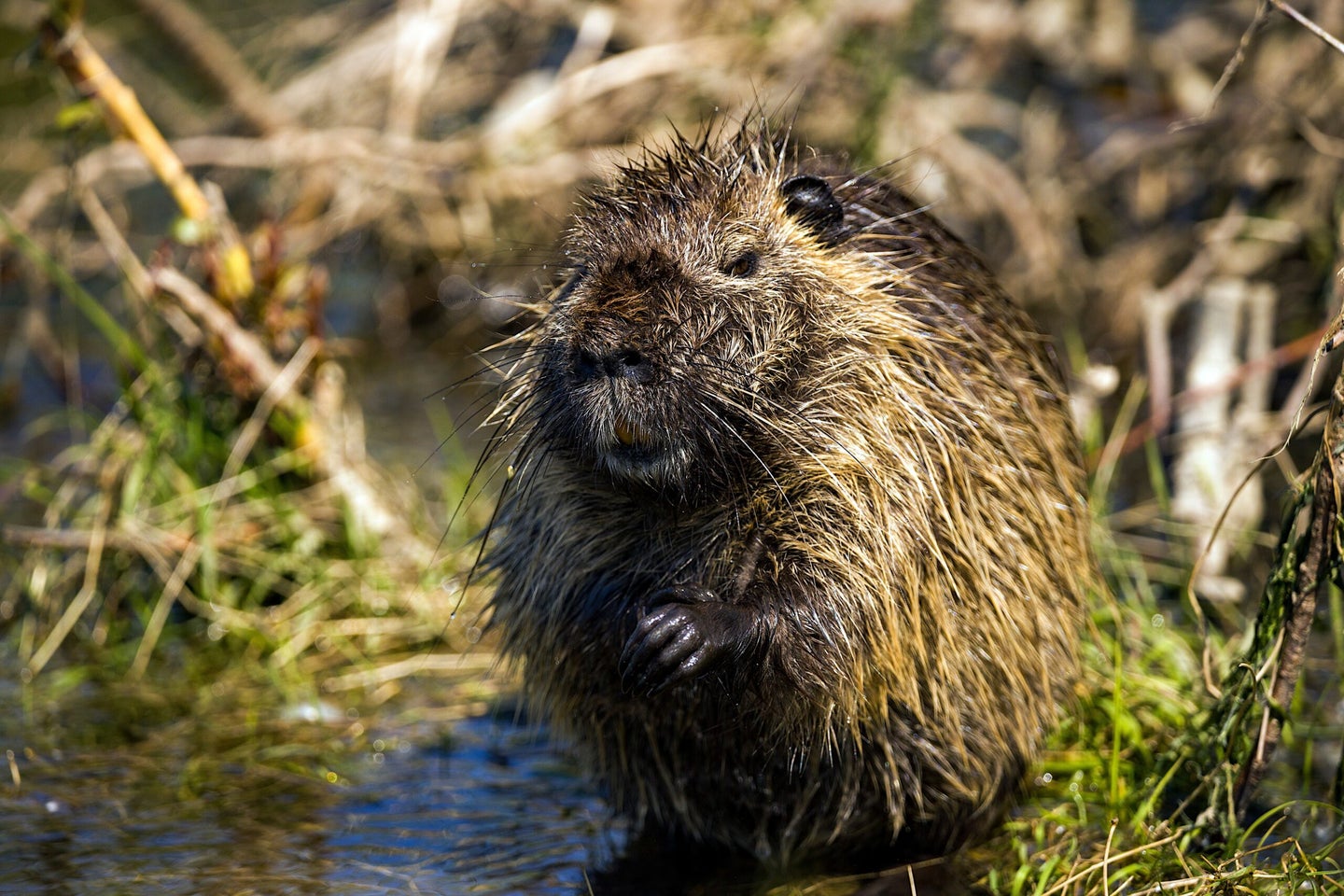 Fact: An intentional detonation of some 6,000 pounds of gunpowder was showcased on PopSci‘s 1915 cover.

One of PopSci’s most popular vintage covers is for our November 1931 issue. It features a painting by Edgar F. Wittmack that appears to show a man watching a volcanic eruption in progress. He’s wearing a headset and talking into a microphone, and he’s tinkering with a contraption that looks like a xylophone. Is it some kind of old-timey soundboard he’s using to broadcast the news of this spectacular natural disaster? No. It’s actually a detonator that he’s using to cause the eruption.

In fact, the event this cover commemorates wasn’t a true eruption at all. It shows the intentional detonation of some 6,000 pounds of gunpowder inside the crater at the summit of Lassen Peak in California.

Why? More like why not, which was kind of the spirit of PopSci back in those days. I found this story while helping to set up our new Popular Science merch shop, which features museum-quality prints of our favorite vintage covers (along with a few throwback logo t-shirts) to celebrate our 150th anniversary. Digging through the articles that served to explain the beautiful, often fantastical images that graced our magazines throughout the 20th century yielded quite a few quaintly outlandish and misguided historical experiments.

Here’s what we know about this particular “scientific” scene: Lassen Peak’s last real eruption started on May 30, 1914 with a small phreatic eruption, which according to the US Geological Society is a steam-driven explosion that occurs when water beneath the ground or on the surface is heated by magma, lava, hot rocks, or new volcanic deposits. Those materials can reach temperatures higher than 2,000 degrees Fahrenheit, causing water to boil away so quickly it makes a burst of steam.

That little flurry of activity near the peak’s summit kicked off a year of more than 150 additional explosions, which around May of 1915 shifted into lava flows, avalanches, and mudflows full of volcanic debris known as lahars. That kerfuffle culminated in a pyroclastic flow—which is the kind of chaotic, fast-moving spew of lava people think of when they hear “eruption”—on May 22. The eruption column reached around 5.5 miles into the air above the summit and devastated the land for several miles around, and fine ash reportedly fell as far as 300 miles away. There continued to be intermittent small eruptions for around two more years, but Lassen’s been quiet ever since.

Except for this one time.

I actually had a pretty hard time finding info on the 1931 spectacle outside of the pages of PopSci itself, presumably because the National Park Service would rather forget it. But according to a blog on Lassen County’s history run by local Tim Purdy, the explosion was devised as a celebration by one L.W. Collins, who became Lassen Volcanic National Park’s first superintendent in 1922. According to Purdy, Collins’ plans for a giant park dedication in 1931 were “widely criticized,” but that didn’t stop him from arranging for a big pyrotechnics show.

Edgar F. Wittmack’s iconic oil painting for Popular Science recalls the event in much more splendor than it probably deserves. According to Purdy’s blog, the wind actually blew the smoke away so quickly that there was basically no danger of mistaking the boom for a real eruption—though folks did say it looked pretty.

Fact: We kept using asbestos in everything after we knew it was deadly.

Asbestos might have a dark and dangerous legacy, but for centuries, people thought it was miraculous–including several Popular Science writers through the ages. Archaeologists have detected traces of it in Macedonian funeral shrouds, classic Byzantine wall paintings, ancient Greek clothing, and early Inuit lantern wicks.

But what’s so great about asbestos? It all comes down to its chemical composition. The mineral comes from six different silicate compounds found in serpentine and igneous rocks. After it’s mined and broken up, it forms the kind of white fibrous material that you might imagine in a crumbling classroom ceiling. And of course, they’re also fireproof. Asbestos has a melting point of 2,700 degrees Fahrenheit, and is easy to manipulate into various structures, too, which made it such a darling in manufacturing. Once industrialization exploded across the world, asbestos was being added to everything from house shingles to baby blankets to firefighter uniforms.

As asbestos’s popularity grew, so did concerns over its effects on people’s health. Some of the earliest medical studies on factory workers showed that the fibers could embed in organ tissues, causing lung scarring, inflammation, and worse. Today, we know that asbestos exposure is a major cause of mesothelioma, especially in firefighters. As a result, most manufacturers and contractors have stopped using the material—though it still isn’t fully banned in the US. (The Environmental Protection Agency is working on that, again.)

Fact: What if we’re all ‘moon crab guys’?

“Do beavers rule on Mars?” has long been regarded among the PopSci staff as the most laughably absurd of our archival bylines. For certain, its author, Thomas Elway, didn’t think the buck-toothed dam builders were supreme regents of the Red Planet. What he did think, however, was it was a thought exercise worth having. Given what planetary scientists knew about the fourth planet from the Sun in May 1830—that its temperatures were extreme, its sunlight faint, its gravity minimal, and its oxygen supply nearly nonexistent—Elway’s aim was to help readers understand what life there might look like. Of course he didn’t mean a literal Earth beaver, but instead a monstrous creature with massive eyes, a burly chest, and a lankier form.

It’s all very…logical? Until it’s not. There are obviously many holes to poke in the idea, but there is at least one major sticking point: Elway asserts that life on Mars never evolved past this point because the planet had never experienced the mass extinction of an ice age. We now know that to be very incorrect; in fact, researchers at Colgate University in 2021 showed evidence that Mars had been through a dozen such swings. As if the bubble-chested beaver idea hadn’t already been sufficiently popped.

This wasn’t Elway’s only such flight of fancy. In December 1929, he posed mutant grabs as a possible explanation for some shifty activity observed on the surface of the moon. Absurd though they may seem to modern eyes, it’s hard to judge his ideas too harshly. Elway’s fantastic beasts can be seen as a type of hard science fiction: visions whose ideas, technology, and landscapes are consistent with our own known reality.

Space
The Weirdest Thing I Learned This Week
history