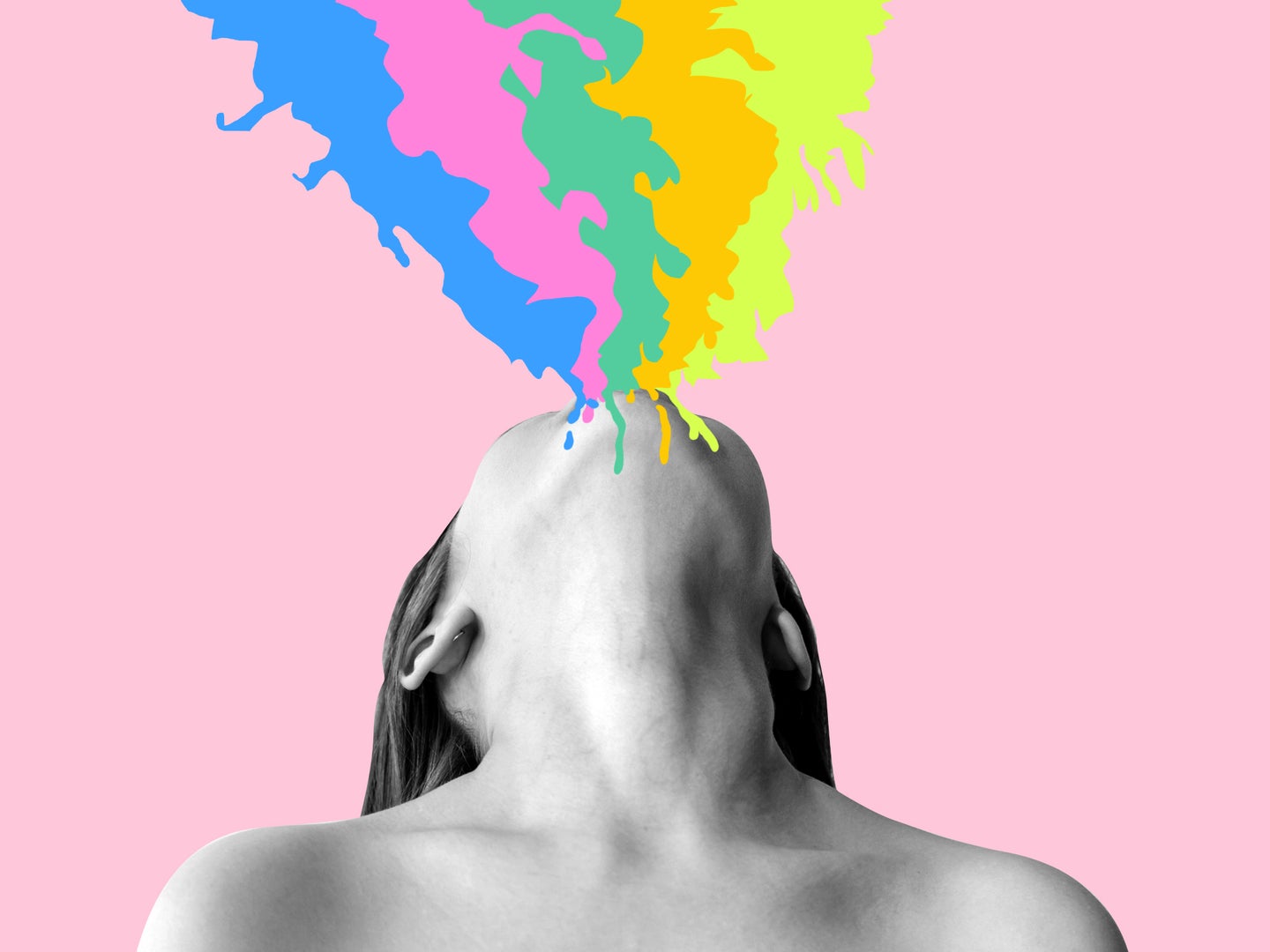 People vary in how sensitive they are to being disgusted by something. Tyler Spangler / Popular Science

Why you want to barf when you see something gross

Psychologists and anthropologists explain how your eyes are connected to your stomach.

A UNIVERSAL human reaction occurs at the sight of something gross. Our nose scrunches, the upper lip raises as the lower curls downward, and our stomach starts to turn over onto itself, forming a telltale knot. Instantly, a wave of repulsion rushes in, creating a distinctive full-body experience that sometimes precedes a dash to the nearest receptacle to vomit. And if your brain perceives the sight as a significant threat, you might.

Disgust is a complex emotion that can cause a physiological and psychological response. When people notice something gross, the sight triggers a host of nervous-system and other bodily cues that essentially cause us to turn away from the upsetting sight and provoke the gag reflex—which can potentially result in vomiting, explains Josh Ackerman, an associate professor of psychology at the University of Michigan. Most people who see something they find disgusting won’t go as far as hurling, but they probably will feel like they could. Actually vomiting is abnormal and unlikely. (One common exception is seeing someone else throw up. Our brains contain mirror neurons that allow us to react to and mimic actions we see completed by others. Unfortunately, this includes vomiting.)

“Everybody varies in how disgust-sensitive they are,” says Ackerman. “Somebody who is easily grossed out, they have many more of those physiological and psychological changes that can end up resulting in that actual vomiting reaction where the gag reflex goes from ‘Ew, gross, get it out of my mouth’ to ‘Ew, gross, get it out of my body,’ even though you haven’t ingested anything.”

While proximity to the disgusting thing matters, for the more sensitive among us, it’s possible that watching a gore-filled scene in a film or seeing a photo of a maggot-riddled carcass could provoke vomiting. A 2020 study conducted by researchers at the Cambridge MRC Cognition and Brain Sciences Unit found that viewing disgusting images can cause changes in stomach patterns and cause people to turn away from them.

“It can cause spasming and cause your digestion to actually change, which can then trigger that vomiting response,” explains Tara Cepon Robins, an associate professor of anthropology at the University of Colorado, Colorado Springs. “We’re not perfect machines. Evolution has given us some tools that are helpful to avoid things, but we don’t really process whether it’s real, whether it’s on TV, whether it’s right in front of us, or whether it’s actually a threat.”

Humans likely evolved to feel revulsion—and this is where the research gets a bit speculative—to avoid potential contaminants and to provoke vomiting to immediately remove them once they’ve entered the body. The latter, while an extreme manifestation of that reaction, became advantageous. It’s unclear when, evolution-wise, people started to vomit out of revulsion. But Charles Darwin hypothesized in the late 1860s that vomiting occurred to prevent our ancestors from consuming things that could kill them. He also noticed that humans signify disgust similarly—scrunched up nose, raised lip, and tongue out “blah” face—regardless of cultural background. “Your whole body gets into the emotions,” says Mike McBeath, a cognitive psychologist at Arizona State University. “So the musculature that you have for disgust ends up being one that is sort of vomit-prone.”

But perhaps the most fascinating thing about aversion is that we can be conditioned to feel it.

According to Nancy Zucker, a professor of psychiatry and behavioral sciences at Duke University, memory and association can play crucial roles in what we find disgusting and how far we’re willing to go to avoid the sensation. If an object becomes associated with a trauma or illness, the item that typically wouldn’t make us feel nauseous may trigger disgust and, in extreme scenarios, vomiting. For example, if you vomited after eating a bell pepper, you may avoid the vegetable for years—even if that wasn’t what made you sick.

“It is powerful,” says Zucker. “That gut feeling that you have, it’s not shakable.”