For decades, quantum spin liquid had existed only as a theory. 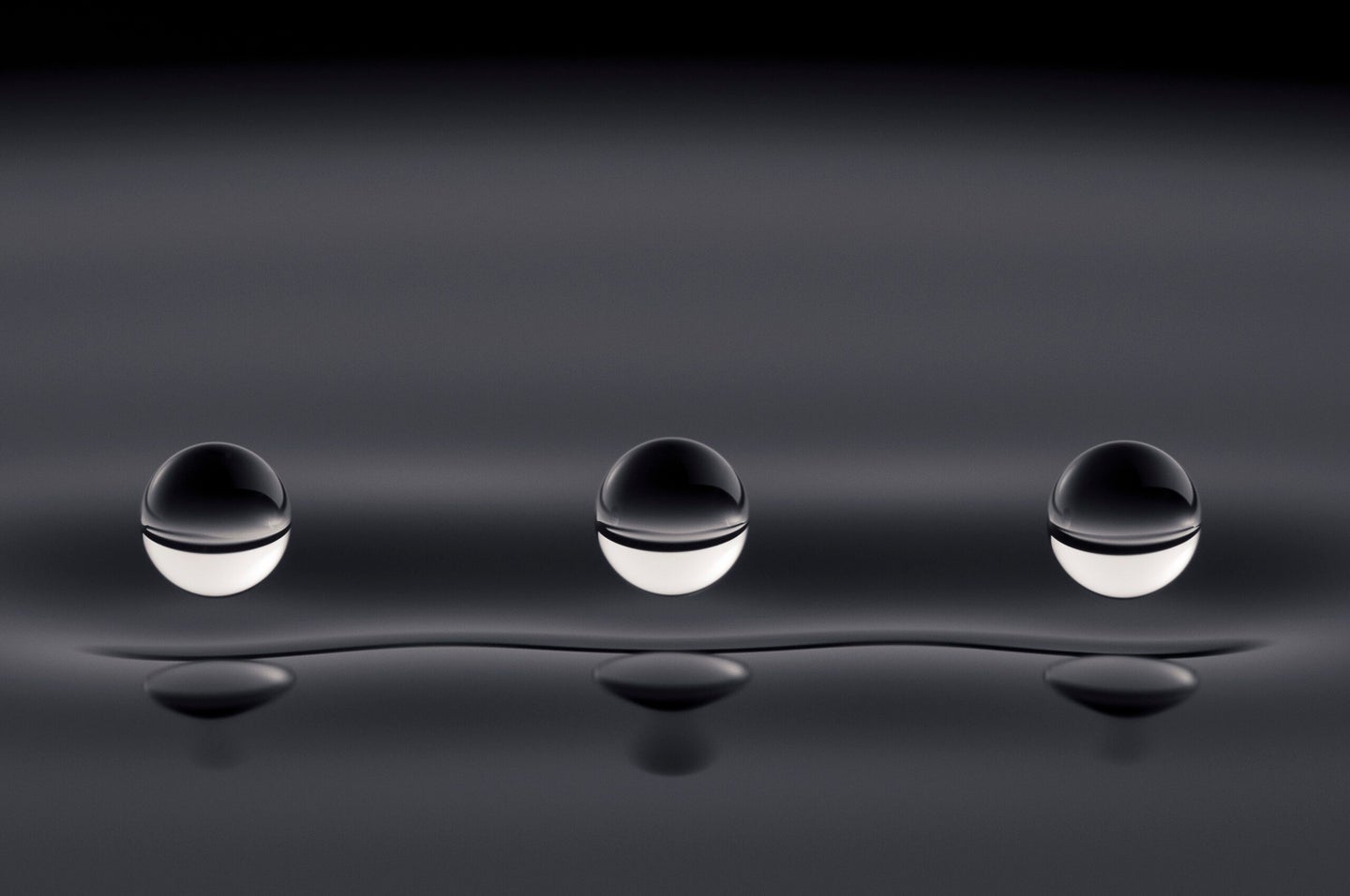 Droplets of silicon, used to illustrate movements similar to those of quantum particles. Aleks Labuda
SHARE

What you have then is a never-before-seen state of matter, a state of quantum weirdness called a quantum spin liquid. Now, by carefully manipulating atoms, researchers have managed to create this state in the laboratory. The researchers published their work in the journal Science on December 2.

Scientists had discussed theories about spin liquids for years. “But we really got very interested in this when these theorists, here at Harvard, finally found a way to actually generate the quantum spin liquids,” says Giulia Semeghini, a physicist and postdoc at Harvard University, who coordinated the research project and was one of the paper authors.

Under extreme conditions not typically found on Earth, the rules of quantum mechanics can twist atoms into all sorts of exotica. Take, for instance, degenerate matter, found in the hearts of dead stars like white dwarfs or neutron stars, where extreme pressures cook atoms into slurries of subatomic particles. Or, for another, the Bose-Einstein condensate, in which multiple atoms at very low temperatures sort of merge together to act as one (its creation won the 2001 Nobel Prize in Physics).

The quantum spin liquid is the latest entry in that bestiary of cryptid states. Its atoms don’t freeze into any sort of ordered state, and they’re constantly in flux.

The “spin” in the name refers to a property inherent to each particle–either up or down–which gives rise to magnetic fields. In a normal magnet, all the spins point up or down in a careful order. In a quantum spin liquid, on the other hand, there’s a third spin in the picture. This prevents coherent magnetic fields from forming.

This, combined with the esoteric rules of quantum mechanics, means that the spins are constantly in different positions at once. If you look at just a few particles, it’s hard to tell whether you have a quantum liquid or, if you do, what properties it has.

Quantum spin liquids were first theorized in 1973 by a physicist named Philip W. Anderson, and physicists have been trying to get their hands on this matter ever since. “Many different experiments…tried to create and observe this type of state. But this has actually turned out to be very challenging,” says Mikhail Lukin, a physicist at Harvard University and one of the paper authors.

The researchers at Harvard had a new tool in their arsenal: what they call a “programmable quantum simulator.” Essentially, it’s a machine that allows them to play with individual atoms. Using specifically focused laser beams, researchers can shuffle atoms around a two-dimensional grid like magnets on a whiteboard.

“We can control the position of each atom individually,” says Semeghini. “We can position them individually in any shape or form that we want.”

Moreover, to actually determine if they had successfully created a quantum spin liquid, the researchers took advantage of something called quantum entanglement. They energized the atoms, which began to interact: changes in the property of one atom would reflect in another. By looking at those connections, the scientists found the confirmation they needed.

All this might seem like creating abstract matter for abstract matter’s sake–but that’s part of the appeal. “We can kind of touch it, poke, play with it, even in some ways talk to this state, manipulate it, and make it do what we want,” says Lukin. “That’s what’s really exciting.”

But scientists do think quantum spin liquids have valuable applications, too. Just venture into the realms of quantum computers.

Quantum computers have the potential to far outstrip their traditional counterparts. Compared with computers today, quantum computers could create better simulations of systems such as molecules and far more quickly complete certain calculations.

But what scientists use as the building blocks of quantum computers can leave something to be desired. Those blocks, called qubits, are often things like individual particles or atomic nuclei–which are sensitive to the slightest bit of noise or temperature fluctuations. Quantum spin liquids, with information stored in how they’re arranged, could be less finicky qubits.

If researchers were able to demonstrate that a quantum spin liquid could be used as a qubit, says Semeghini, it could lead to an entirely new sort of quantum computer.