The black hole leaks out streams of gas after swallowing large masses. 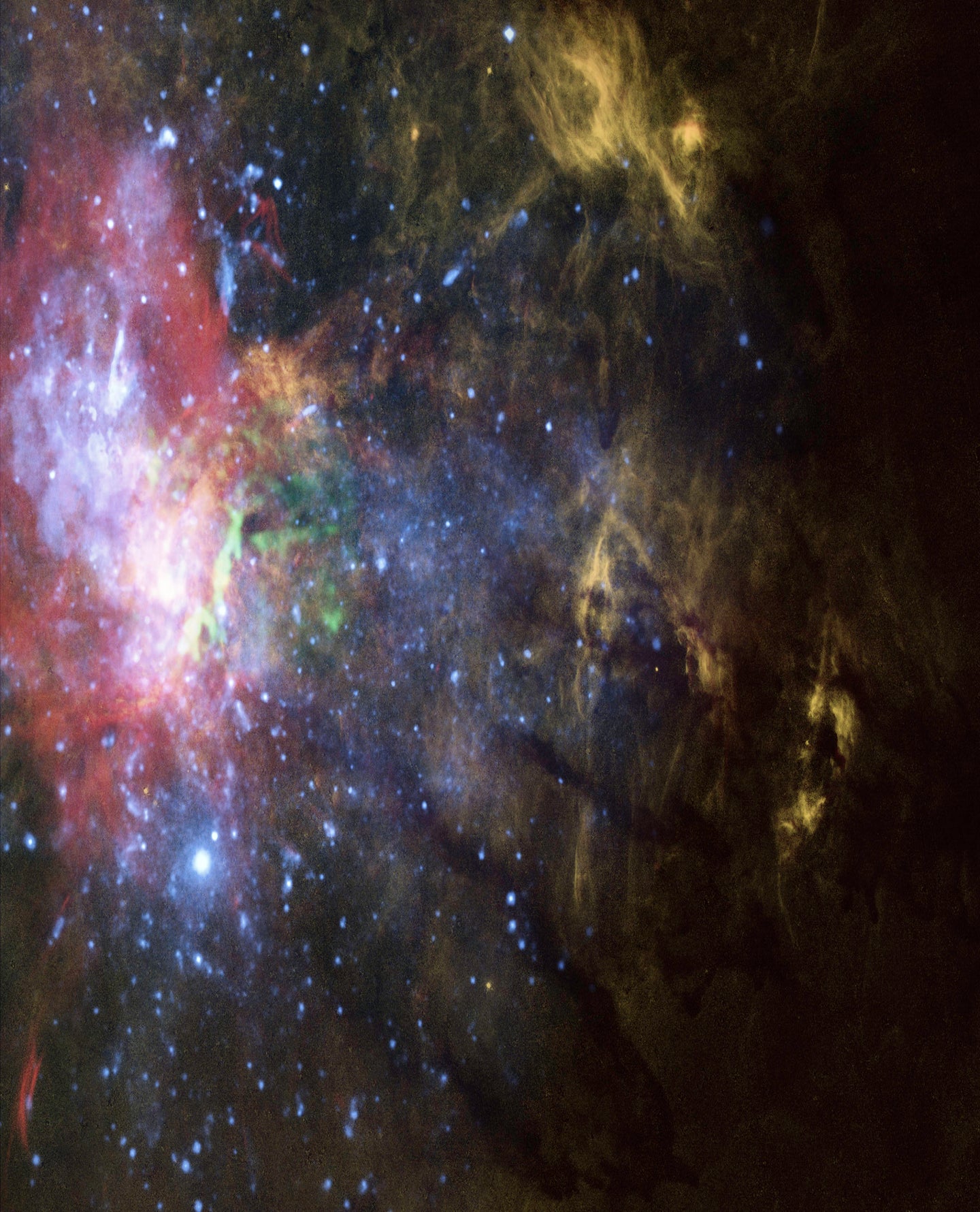 Our Milky Way galaxy has a supermassive black hole at its center, known as Sagittarius A*, which is 4 million times the mass of our sun. And that black hole has a leak.

Astrophysicists have detected a “vestigial nuclear jet,” a blowtorch-like outburst of material, that burps out of the black hole whenever large masses of stars or gas clouds fall into it. These jets are remnants from a larger outburst that occurred several thousand years ago. NASA’s Hubble Space Telescope has not yet been able to directly photograph the phantom jet, but astronomers have pieced together evidence that it exists and regularly sputters. The findings were published in The Astrophysical Journal.

In 2013, astronomers detected X-rays with the Chandra X-ray Observatory and radio waves with the Jansky Very Large Array telescope in New Mexico. These signals suggested a jet plowing into the gas around the central black hole. Astronomer and lead researcher, Gerald Cecil of the University of North Carolina in Chapel Hill, wondered about other jets, and parsed data from the ALMA Observatory in Chile.

Piecing together fragments of data from various sources, Cecil found something more intricate than just another jet: Hubble infrared images revealed bubbles of hot gas that aligned with the jet at a distance of about 35 light-years from Sagittarius A*. His team writes in the paper that the burps from the black hole inflate these hot gas bubbles and cause them to split off into smaller streams. The researchers were also able to recreate their findings using supercomputer models of simulated jet outflows.

“The streams percolate out of the Milky Way’s dense gas disk,” co-author Alex Wagner, of Tsukuba University in Japan, said in a NASA statement. “The jet diverges from a pencil beam into tendrils, like that of an octopus.” The expanding bubbles created from this outflow extend out to at least 500 light-years.

The team hopes to further examine this chain of bubbles and streams to reconstruct the history of the black hole. “Like in archeology, you dig and dig to find older and older artifacts until you come upon remnants of a grand civilization,” said Cecil in the same statement.