Ganymede is a growing point of interest for astronomers and their search for life. 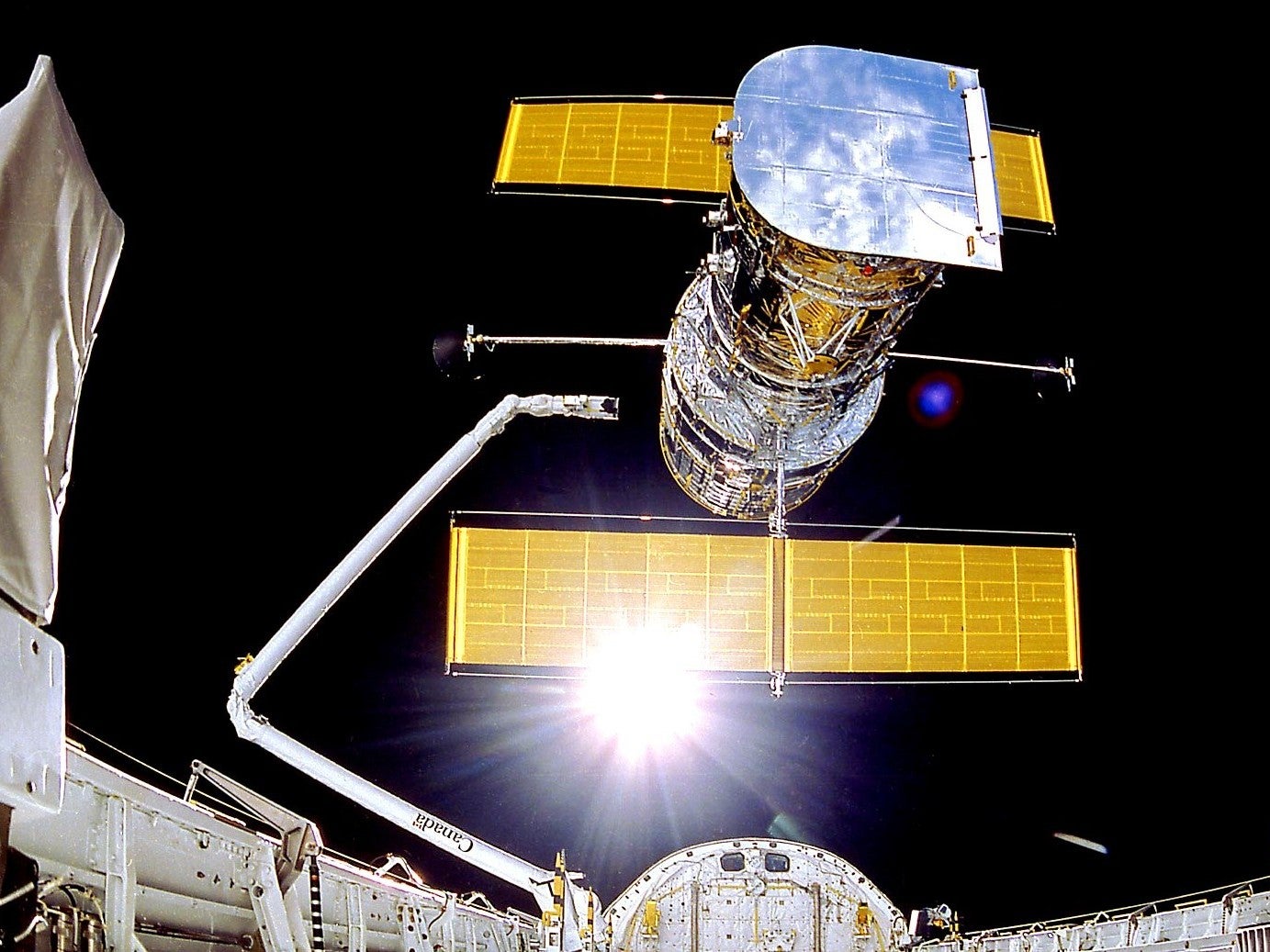 Jupiter’s icy moon Ganymede already holds the distinction of being the largest moon in our solar system; it’s nearly 40 percent as big as Earth! Now, astronomers have found that Ganymede can claim another achievement: having water vapor in its atmosphere.

Analyzing both new and archival data from the newly mended Hubble Space Telescope, scientists realized that previous assumptions about Ganymede’s atmosphere were incorrect. Back in 1998, NASA researchers took UV images of the moon’s atmosphere, which revealed ribbons of electrified gas known as auroral bands. Scientists at that time attributed the patterns to oxygen.

Cut to 20 years later: Researchers now know that Ganymede’s atmosphere contains much less oxygen than previously thought. Combining that knowledge with new Hubble measurements, scientists have now concluded that those auroral bands are due to water vapor in the Jovian moon’s atmosphere, sublimated (or turned directly from a solid to a gaseous state) from the icy surface below. The findings were published in Nature Astronomy.

“It was a challenging measurement and it was surprising that our technique worked, but we had every expectation that [water vapor] would be there,” said study coauthor Kurt Retherford, a professor at the Southwest Research Institute’s graduate program for space physics and instrumentation.

Retherford is also a deputy principal investigator for the European Space Agency’s upcoming Jupiter Icy Moons Explorer (JUICE) mission, which will observe the planet’s three largest satellites, including Ganymede, for at least three years. The mission is slated for launch in 2022, and should arrive at Jupiter in 2029.

“A lot of [JUICE] experiments ultimately try to understand just how much liquid water is in Ganymede’s ocean, and whether Ganymede is a habitable world, whether that liquid water there could support life.”

Prior research suggests that Ganymede might contain more water than all of Earth’s oceans combined. But the moon’s surface temperatures are so cold that you would have to go 100 miles beneath its crust to find liquid water.

The water vapor confirmation is an exciting prelude for ESA’s upcoming Ganymede visit, and will help scientists further refine their planned experiments for the JUICE mission, Retherford said.

“It’s exciting for the JUICE mission overall goals of trying to look for this subsurface water environment on Ganymede. It’ll help us refine our measurements. And it also informs just how much material is coming into our mass spectrometers that’ll sniff the composition of those gases coming off the surface and help us understand what Ganymede is made of.”