These bugs suck up their meals with an impressive amount of suction, and pee a lot to compensate. 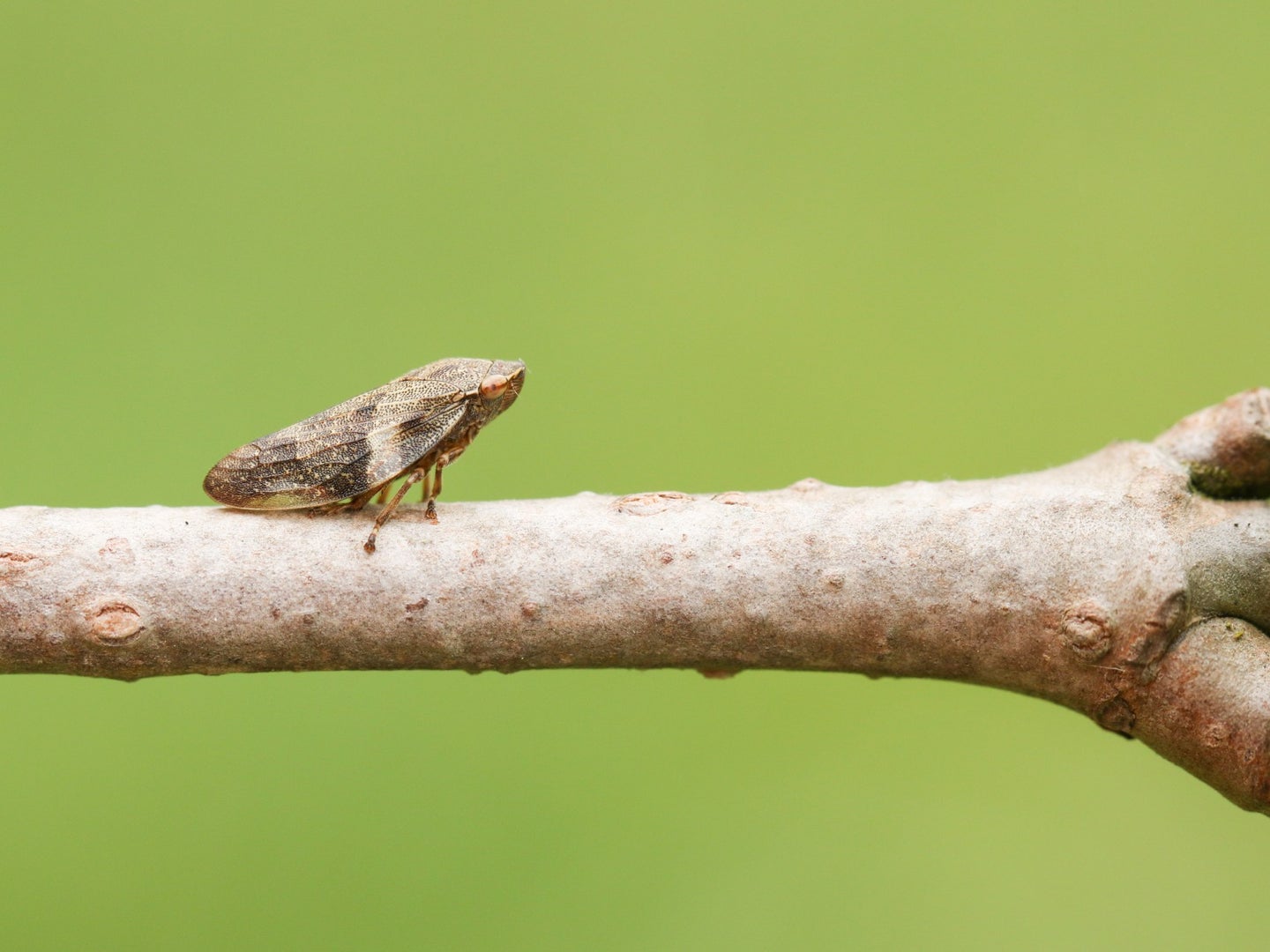 Meadow froghoppers, also known as spittlebugs, are about the size of a pinky nail. And yet, their tiny bodies are able to pull off some remarkable feats. For the first time scientists have been able to quantify these bugs’ impressive suction abilities, which let them feed from an unusual plant source.

Froghoppers feed on plant sap, but not the kind that most other insects rely on. The majority of sap-sucking bugs drink what’s known as phloem, a sugary liquid that easily spurts from plant vessels thanks to the positive pressure in that part of a plant’s circulation. But froghoppers don’t take the easy route. They feed on xylem—a watery, nutrient sparse liquid that flows through plant vessels via negative pressure. To extract xylem, froghoppers generate suction pressures of up to 1.6 megapascals (for comparison, an elephant can only generate 0.02 megapascals). The findings were published in Proceedings of the Royal Society B.

To tease out just how these insects achieve this suction power, scientists took Micro-CT scans (similar to regular CT scans but with finer resolution) of their little heads. They found that a large portion of their bitsy heads are taken up by a cibarial pump. This pump acts like a diaphragm—a muscle in the head contracts and tugs on the cibarial pump, generating an immense amount of suction. Froghoppers then rhythmically pull on that diaphragm to continually suck and feed. Jake Socha, a biomechanist at Virginia Tech in Blacksburg who wasn’t involved in the work, told Science News that “these insects are really well-adapted” to create these extreme negative pressures.

[Related: You should start eating bugs. Here’s how.]

Just how impressive this suction ability is shouldn’t be understated. University of British Columbia zoologist and one of the study’s authors, Philip G. D. Matthews, told The New York Times that even if the insects “were on the top of the Statue of Liberty’s torch, they could have a straw going all the way down to the ground going into a glass of water, and they could be quite happily sucking it up.”

Froghoppers work immensely hard for their supper. The suctioning is not only incredibly labor intensive, but the xylem is so devoid of nutrition that they have to sip large amounts to sustain their tiny bodies—100 to 1000 times their own body weight in sap a day. Sometimes they’ll consume fluid for 24 hours straight.

All that sipping results in a whole lot of peeing. Froghoppers excrete so much fluid that they could probably drown themselves, which is why they’ve also developed another anatomical anomaly: a butt catapult that flicks pee drops safely out of reach from their bodies, two to four inches away.

Though their process of feeding is laborious, froghoppers’ efforts pay off, even when feeding from the most difficult of plants. The team of scientists looked at how the bugs might fare with fluids of varying viscosities and pressures, and they seemed to do just fine.

“That’s their existence,” Matthews said. “Drinking and filtering and peeing and pumping.”