Now regarded as the 'first lady of physics,' the Manhattan Project scientist was often not treated as a peer among her collaborators. 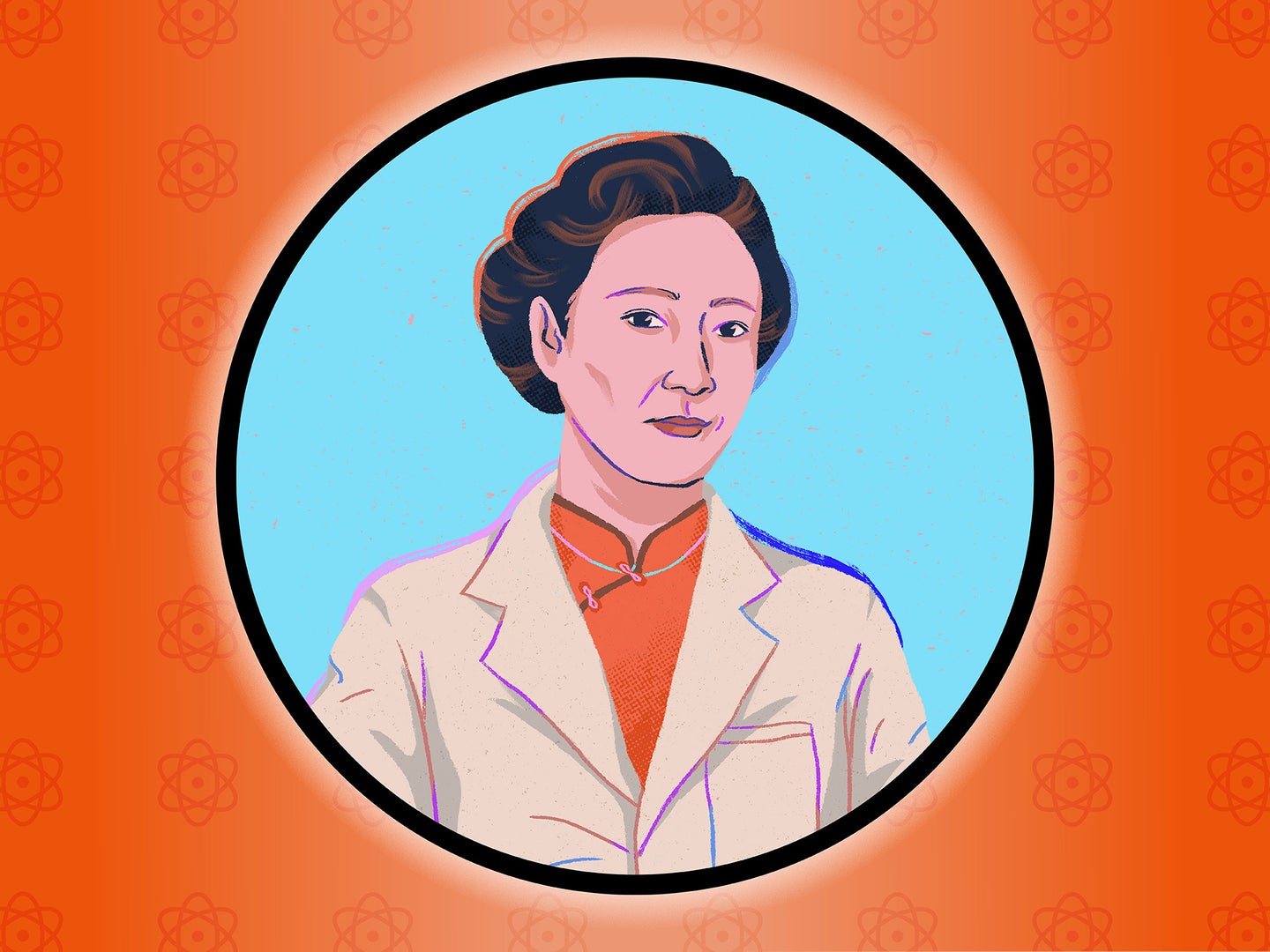 Now regarded as the "first lady of physics," Chien-Shiung Wu made contributions that went unrecognized for too long. Esther Goh
SHARE

In quantum physics, there’s a law known as the conservation of parity, which is based on the notion that nature adheres to the ideal of symmetry. In a mirror-image of our world, it posits, the laws of physics would function the same way—despite everything being flipped. Since the early 1900s, experimental evidence suggested that this was true: To the pull of gravity or the draw of the electromagnetic force, the difference between left and right hardly mattered. So, physicists quite reasonably assumed that parity was a fundamental principle in the universe.

But in the 1950s, an experimental physicist at Columbia University named Chien-Shiung Wu devised an experiment that challenged—and defied—that law. Physics, she proved, to the astonishment of the field, did not always adhere to parity. Throughout her life, in fact, this woman demonstrated that parity was not the default; she flouted gender and racial barriers and eventually came to be known as the “first lady of physics.”

Wu was born in 1912 in a small fishing town north of Shanghai to parents who supported education for women. She displayed an extraordinary talent for physics as a college student in China. At the urging of Jing-Wei Gu, a female professor, she set her sights on earning a Ph.D. in the United States. In 1936, she arrived by ship in San Francisco and enrolled at the University of California, Berkeley, where she studied the nuclear fission of uranium.

She was 24 years old, in a new country where she wasn’t fluent in the language and where the Chinese Exclusion Act, which prohibited Chinese workers from immigrating, was in full effect. It was preceded by the Page Act, which effectively banned the immigration of Chinese women based on the assumption that they intended to be sex workers. Wu was only able to enter the US because she was a student, but she was still ineligible for citizenship. “There must have been so much tension and conflict there,” says Leslie Hayes, vice president for education at the New York Historical Society. “‘I’m going to this place where I won’t be welcome, but if I don’t go, I won’t be able to fulfill my goals and dreams.’”

After earning her Ph.D. in 1940, she married another Chinese-American physicist, and the couple moved to the East Coast in a long-shot search for tenure-track work. Major research institutes at the time were generally unwilling to hire women, people of color, or Jewish people, and the uptick in anti-Asian sentiment during World War II certainly didn’t help. “She was discriminated against as an Asian, but more so as a woman,” Tsai-Chien Chiang wrote in his biography of Wu.

Nevertheless, shortly after a teaching stint at a women’s college, she became the first female faculty member in Princeton University’s physics department. That job was short lived; in 1944, Columbia University recruited her to work on the Manhattan Project, where she would advise a stumped Enrico Fermi on how to sustain a nuclear chain reaction.

Wu returned to research at Columbia after the war. Her reputation for brilliance and meticulousness grew in 1949 when she became the first to design an experiment that proved Fermi’s theory of beta decay, a type of radioactive decay in which a neutron spontaneously breaks down into a proton and a high-speed electron (a.k.a., a beta particle). In 1956, two theoretical physicists, Tsung-Dao Lee of Columbia and Chen Ning Yang of Princeton, sought Wu’s expertise in answering a provocative question: Is parity really conserved across the universe?

The law had been called into question by a problem known as “theta-tau puzzle,” a recently discovered paradox in particle physics. Theta and tau were two subatomic particles that were exactly the same in every respect—except that one decayed into two smaller particles, and the other into three. This asymmetry confounded the physics community. Yang and Lee dove deep into the literature to see if anyone had ever actually proven that the nucleus of a particle always behaved symmetrically. As they found out, nobody had. So Wu, who they consulted during the process of writing their theoretical paper, got to work designing an experiment that would prove that it didn’t.

Over the next few months, the men were in near constant communication with Wu. The monumental experiment that she designed and carried out “rang the death knell for the concept of parity conservation in weak interactions,” wrote nuclear physicist Noemie Benczer-Koller in her biography of Wu. Wu’s findings sparked such a sensation that they led to a Nobel Prize in physics—but only for Yang and Lee. Wu’s groundbreaking work in proving the theory they advanced was ignored.

Though her genius allowed her to work in the same spaces as theoretical scientists, says Hayes, “once there, she was not treated as a peer.” But despite how frequently she experienced discrimination throughout her career—during which she won every award in the field except the Nobel—Wu didn’t stop researching until her retirement in 1981.

Throughout her life, she was an outspoken advocate for the advancement of female physicists—campaigning, for the rest of her life, for the establishment of parity where it actually counted. “Why didn’t we encourage more women to go into science?” she asked the crowd at an MIT symposium in 1964. “I wonder whether the tiny atoms and nuclei, or the mathematical symbols, or the DNA molecules, have any preference for either masculine or feminine treatment.”