Stanford scientists are working on a light-controlled pacemaker. 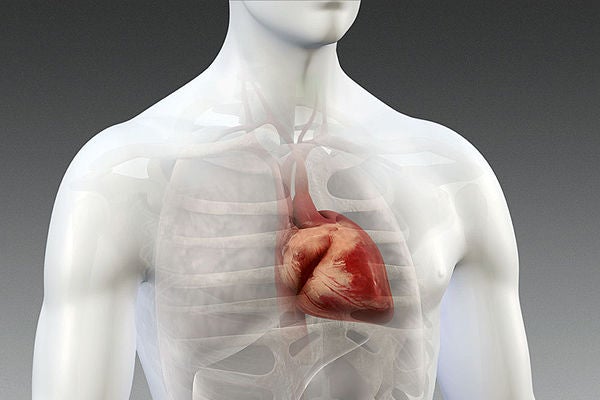 A heartbeat is really a pretty magical thing. Every time that beautiful little hunk of muscle in your chest wants to send blood rushing around your body, it requires an electrical signal generated by your body to tell it to do so. This controls the timing and rhythm of your heartbeat. If the tiny electrician in your heart installs some faulty wiring (note: not real science), the heart doesn’t beat at a normal rate and rhythm.

A pacemaker or a defibrillator can help maintain the Goldilocks of heart rates—not too fast, not too slow, just rhythmically right—but implanting a piece of hardware in the chest or abdomen is invasive, can cause tissue damage through electrodes, and introduces the risk of dying over a dead battery. Scientists at Stanford are trying to do you one better, with a bio-engineered, light-controlled solution to cardiac arrhythmia, no hardware necessary.

Oscar Abilez, a cardiovascular physician at Stanford Medical School, has been developing light-sensitive cardiac cells from stem cells that could one day be grafted onto a person’s heart. The cells contain proteins called opsins, which allow electrical signals to move through the cell when the light hits them. In a heart, these cells could allow doctors to control the heart’s electrical signal, and thus the heartbeat, painlessly and easily with a focused beam of light. So far they’ve been able to program heart cells to contract in response to a specific wavelength of blue light, and release in response to a yellow light.

Right now, they’re working on getting the body’s natural tissue to accept the stem-derived, light-sensitive tissue grafts. When grafted onto a patient’s heart, the light-sensitive stem cell tissue would need sync up with the natural heart beat, Abilez tells Popular Science. “Ideally, the implanted tissue and native heart would ‘couple’ or electrically ‘hook-up’ (typically by intercellular proteins called gap junctions) so that, over time, light would not have to be used to synchronize the rates,” he says.

How exactly a light-controlled defibrillator or pacemaker would work has yet to be determined, since the field is so new. It could either be implanted in much the same way that a traditional defibrillator is, with fiber optic wires that would transmit the right wavelength of light from inside the chest. Or, if enough light could be transmitted, it could possibly be used to defibrillate someone from outside the body, according to Abilez. There are still plenty of kinks to work out, and the researchers estimate it’ll be at least 10 years before this could come to clinical fruition.