How Squid Are Inspiring Better Camouflage For Soldiers

A squid-like film can be switched on and off chemically to change how infrared light is reflected. 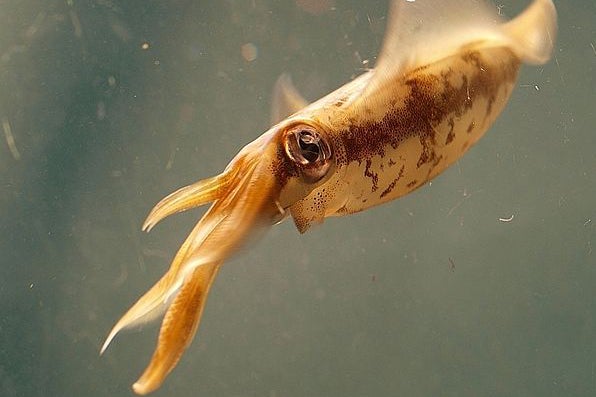 If there’s one thing squid are good at, it’s hiding. The mysterious giant squid is one of the most elusive creatures on Earth, and even the common calamari squid can alter its appearance to blend into its surroundings. Harnessing the squid’s ability to change its skin could lead to better camouflage for soldiers, according to new research from the University of California, Irvine.

Squid can change the color and even the texture of their skin to make themselves invisible to predators. By combining reflectin, the protein responsible for the squid’s change in appearance, with graphene–a conductive, super-thin material made of carbon atoms–the researchers created a film that could hide the wearer from night vision cameras or other infrared detection.

The coating can change how it reflects infrared light based on a chemical signal, or even by a change in humidity. Camouflage clothing could potentially be programmed to switch to “invisible” mode during the night, when humidity is generally higher. The process is detailed in a study online in Advanced Materials.

The military has been interested in harnessing the squid’s stealth powers for a while. The Office of Naval Research has granted millions of dollars to nanotechnologists and marine biologists from various institutions to research squid-inspired camouflage since 2009.

“Our long-term goal is to create fabrics that can dynamically alter their texture and color to adapt to their environments,” Alon Gorodetsky, an assistant professor of chemical engineering and materials science at the University of California, Irvine, said in a statement. “Basically, we’re seeking to make shape-shifting clothing–the stuff of science fiction–a reality.”