A new way to look at brain tissue in real-time could help surgeons know they're removing all the tumor tissue in a patient's brain. 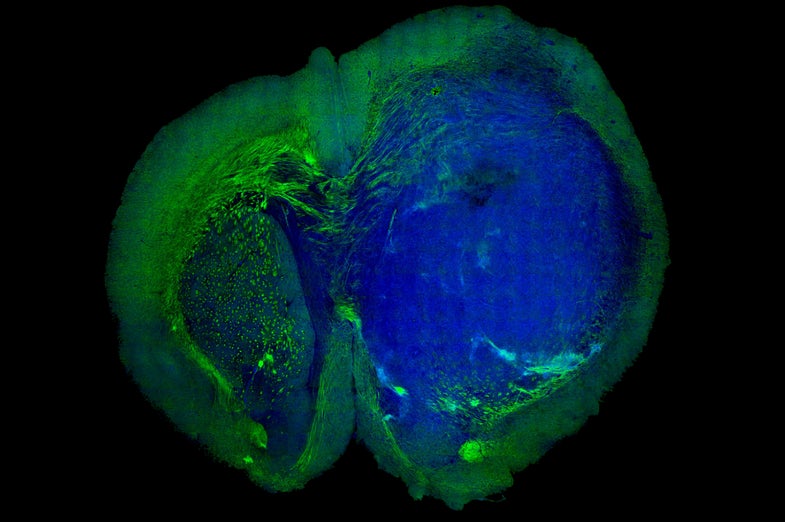 Scientists from the Harvard University and the University of Michigan have developed a way to image brain tumors to reveal exactly where the tumor cells end and the healthy tissue begins, a technique that could help guide doctors during surgery.

The technique, called stimulated Raman scattering (SRS) microscopy, works through analyzing the spectrum of light that emerges when the brain is hit by a non-invasive laser. It senses the vibrations in chemical bonds, distinguishing healthy tissue from dense tumor tissue by showing the amount of lipids and proteins in cells–lipids appeared green, while proteins were blue. Protein-rich tumors showed up bright blue.

When operating to remove brain tumors, surgeons can’t always tell if they’ve removed all of the offending tumor. “They have an MRI image, and they know what needs to be removed, but the question is: Where do you stop?” Harvard chemistry professor Xiaoliang Sunney Xie explains. “A very experienced surgeon may be able to discern between brain tissue and a tumor based on subtle color differences, but many surgeons, I believe, will find this technology a useful guide.” 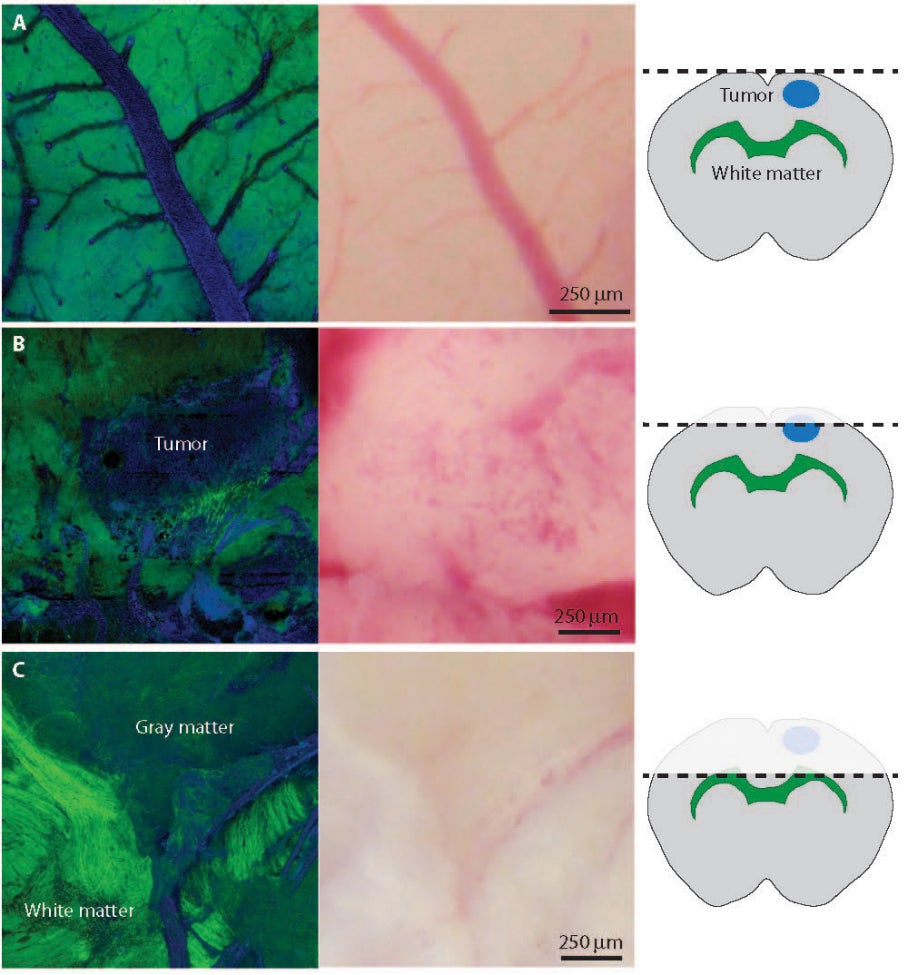 Tumor tissue seen from different depths of the brain in live mice.

The researchers used SRS microscopy to image tumors in live mice during brain surgery, as well as in brain tissue removed from a patient with glioblastoma multiforme, an extra-lethal type of brain tumor. They were able to create 30 new images per second, enough to look at what’s going on in real time.

While the idea has potential, to be useful in surgery the system needs to become more portable. The research team is now working on building a handheld probe that would be about the size of a toothbrush.

The full study appears on the cover of Science Translational Medicine this week.