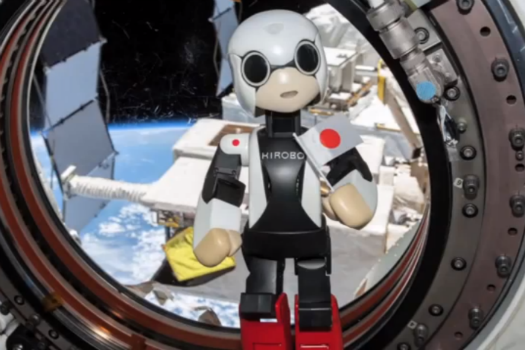 In a first for robot kind, Kirobo, the Japanese robot astronaut that arrived at the International Space Station last month, has spoken to Earth. Kirobo, a 13-inch-tall android, will be at the ISS for about 18 months.

“On August 21, 2013, a robot took one small step toward a brighter future for all,” he said, before going on to wish Earth a good morning.

Kirobo speaks Japanese, and is capable of voice and emotion recognition and natural language processing. He’ll be chatting with Japanese astronaut Koichi Wakata when the future ISS commander arrives at the station later this year.