How Feng Zhang Modified A Cell’s Genome On The Fly

His techniques could be used to study the genetics of autism and schizophrenia. 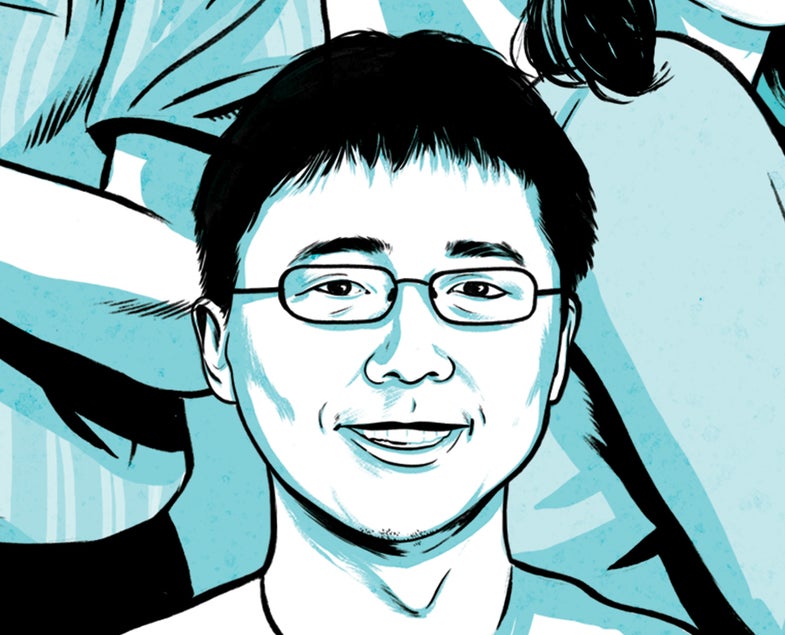 Modifying a cell’s genome on the fly

When Feng Zhang was in graduate school, he discovered that the tools for splicing new genes into living cells were costly, time-consuming, and proprietary. Unhappy with that reality, he did what any enterprising open-source enthusiast would do—he made his own tools and shared them with other scientists. They dramatically sped up the study of genetics and disease.

The techniques Zhang helped develop, called TALE and CRISPR, create transgenic or otherwise genetically modified organisms with unprecedented efficiency. TALE is a molecule that gloms onto a section of DNA and affects whether a nearby gene is turned on or off. CRISPR is based on a microbial enzyme that snips the DNA to introduce new genetic material. Using these methods, Zhang can make a transgenic mouse in three weeks (normal methods require more than six months to achieve that feat). Almost 2,000 labs have requested information about CRISPR alone since it was first cited in a publication in January 2013. “These technologies are so fundamental, it’s best to keep them as open as possible,” Zhang says. “If someone had protected the HTML language for making Web pages, then we wouldn’t have the World Wide Web.”

Zhang plans to use the techniques to study the genetics of autism and schizophrenia. He has already begun to insert genes linked to each disorder one by one into animal models to observe their effects. Now that he has the tools, he says, the rest of his work can begin.