Plus, inside: Maps of where on the East Coast the spacecraft will be visible 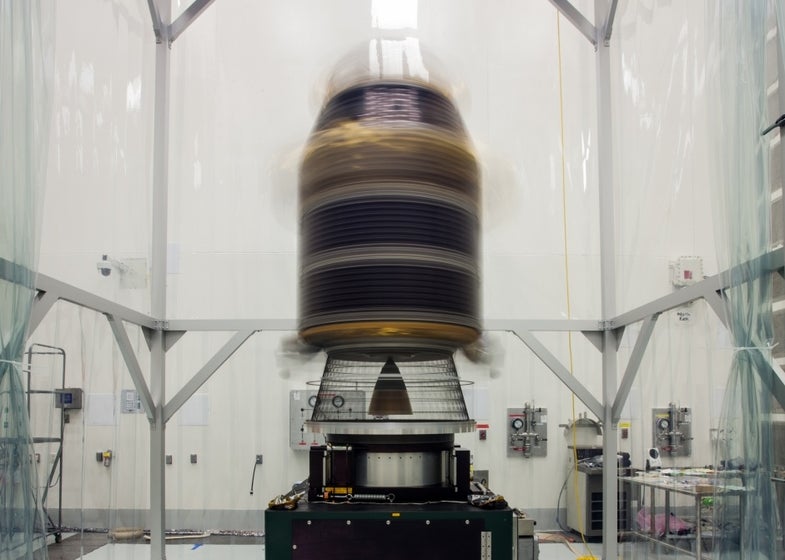 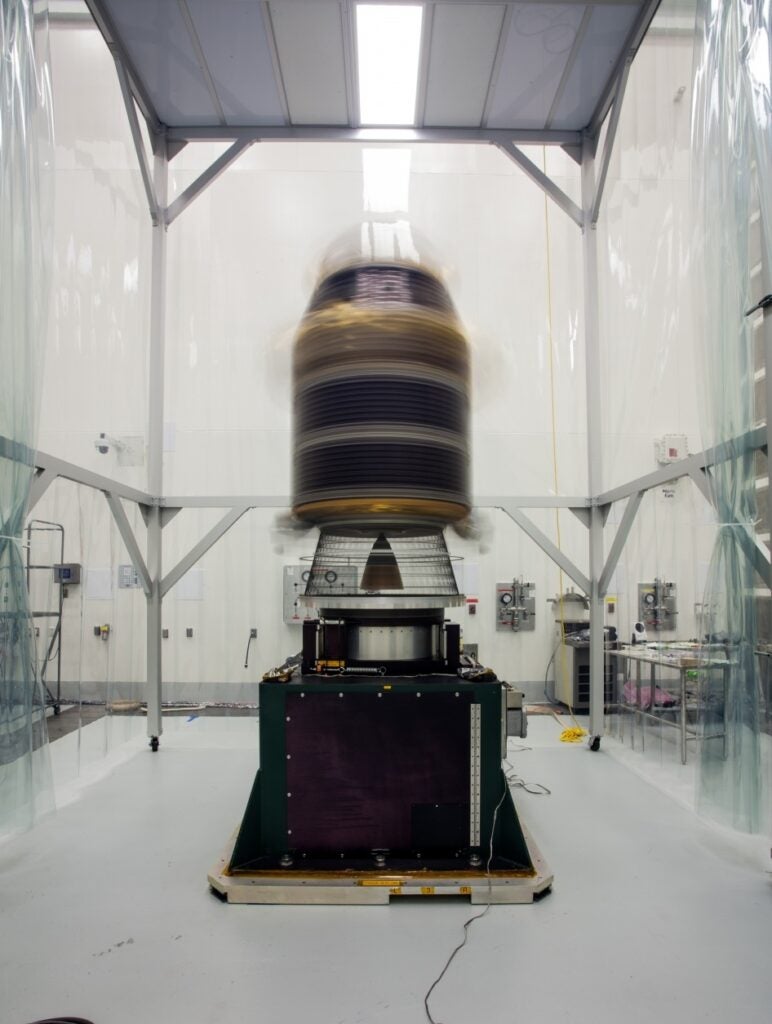 NASA is launching a lunar mission tonight that will sample the moon’s atmosphere. Before it departs Earth, however, the spacecraft had to undergo some tests and checks.

In the image above, the Lunar Atmosphere and Dust Environment Explorer—known as LADEE—gets spin-tested for balance. If its engineers find any imbalances while spinning LADEE at about a revolution a second, they add small weights for counterbalance. LADEE gets spin-tested both with and without its fuel, oxidizer and pressurant.

LADEE is scheduled to launch from the Wallops Flight Facility in Virginia at 11:27 p.m. Eastern Daylight Time. Once it reaches the moon, it will take scientific measurements for 100 days, Space.com reports.

In the few minutes after it launches, LADEE should be visible from certain parts of the U.S. East Coast: 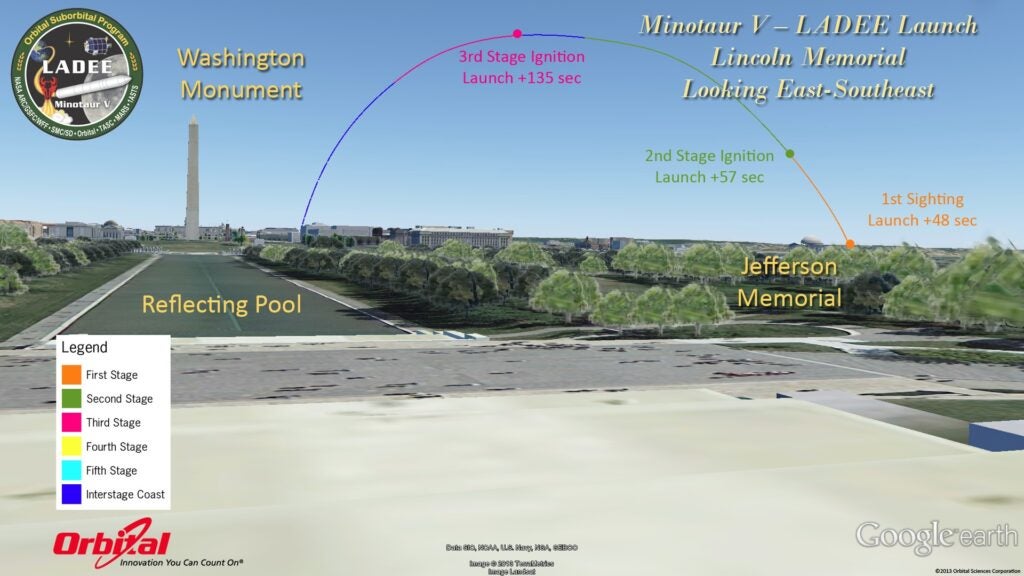 LADEE’s Expected Path as Seen from the Lincoln Memorial in Washington, D.C. 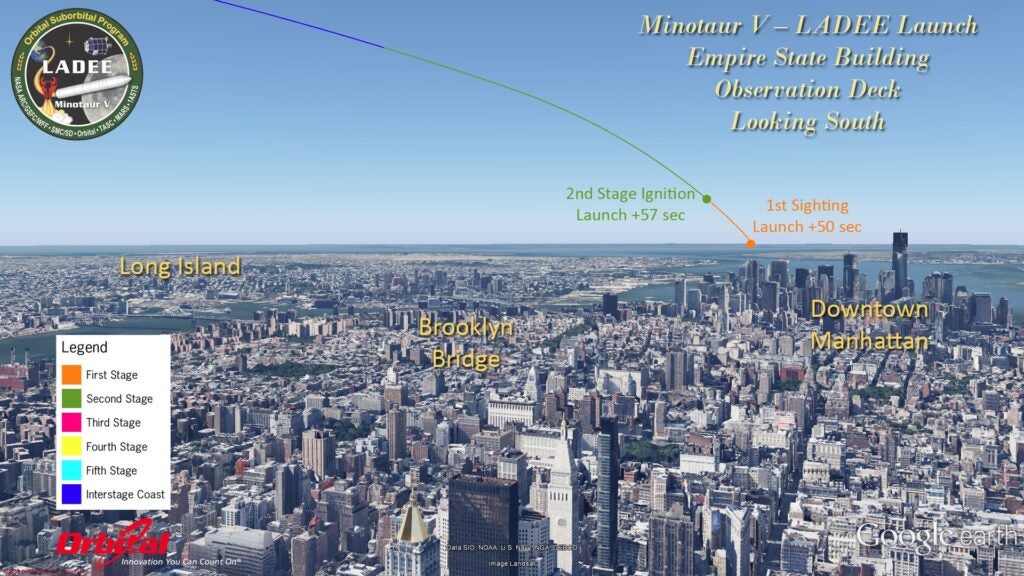 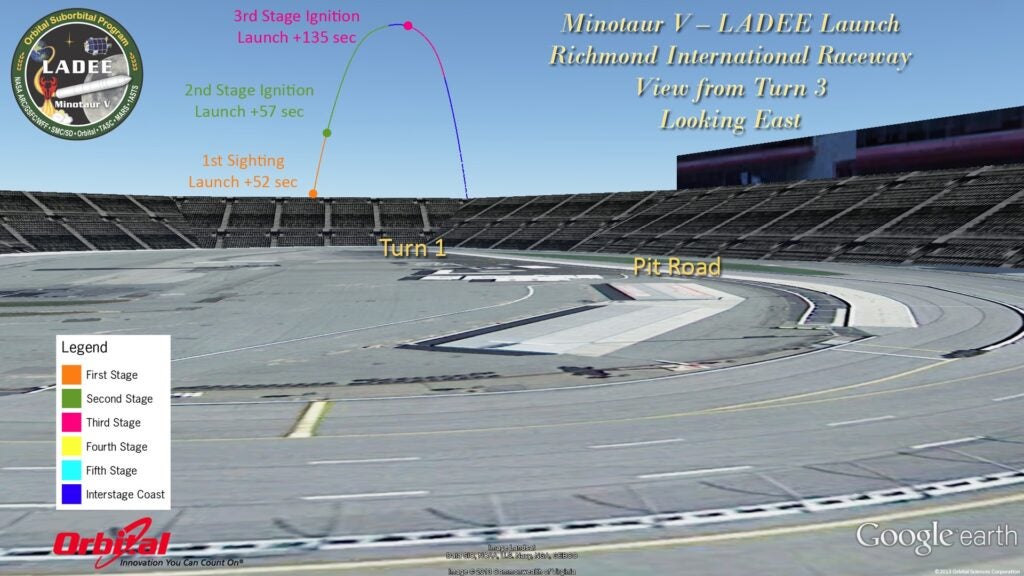 (You can find more visibility maps and graphs from the satellite company Orbital.)

If you don’t live in a place where LADEE will be visible, or if it’s cloudy tonight, you can watch the launch on NASA TV. Live coverage starts at 9:30 p.m. Eastern Daylight Time.

In the coming weeks, you might also be able see some posts from LADEE on Instagram, as NASA launched an account today. (This is practically as important/difficult as launching a lunar satellite, right?)