How are the conditions where you live? 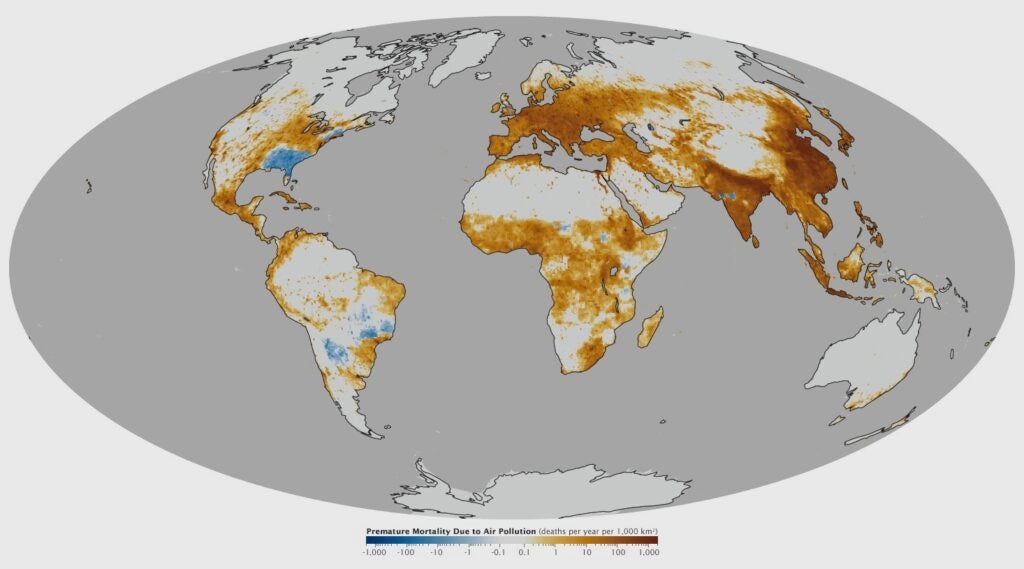 Air Pollution Deaths Around The World

You’ve probably seen those photos of Beijing on a bad pollution day. Such days come and go, but the effects of even small amounts of increased pollution may linger in a population for a long time. Several studies have established that different air pollutants reduce people’s lifespans.

In a new study, a team of international scientists estimated how many people die each year from the effects of air pollution all over the world. This map shows their numbers.

The map’s colors don’t actually show absolute numbers of deaths. Instead, they say how many more people in a region died from air pollution in 2000 than in 1850. The colors indicate the number of increased deaths per 386 square miles, an area about the size of Dallas. That means that in the worst parts of northern China and India, there are now 1,000 more deaths from air pollution per Dallas-sized area than there were in 1850.

There are a few places around the world in which air conditions were better in 2000 than they were in 1850. One big improved patch includes the U.S.’s southeastern states, where Antebellum farmers used to burn vegetation to clear the ground, throwing a lot of particulate matter into the air. Improved areas in India and Africa are likely due to climate change, which can alter the rate at which different chemical reactions occur in the air and how the atmosphere circulates.