Shorter Workday Isn’t The Key To Happiness, Says Bummer Of A Study

Workaholics of the world, rejoice? We'll all be just as unhappy with a shorter work week. 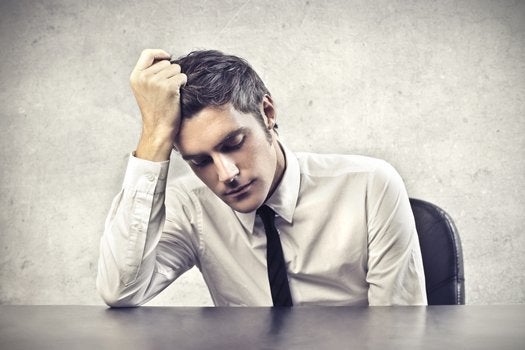 When it comes to working hours, less apparently is not more. Proponents of the six-hour workday will be saddened to hear that, as delightful as shorter days sound, decreasing work hours might not make anyone any happier.

At least that’s what new research in the Journal of Happiness Studies suggests. The 10-year longitudinal study examined the impact of the reform South Korea instituted in 2004 reducing working hours on Korean workers’ happiness. While people’s satisfaction with their working hours increased, there wasn’t a significant effect on overall life or job satisfaction.

While people’s satisfaction with their working hours increased, there wasn’t a significant effect on overall life or job satisfaction. The Five-Day Working Policy decreased the country’s official work week from 44 hours down to 40 hours, and made Saturdays officially non-working days. The policy aimed to combat the low rates of productivity and high rates of on-the-job injury associated with Korea’s long work hours, as well as bolster the country’s leisure industry. Over the years the study looked at, 1998 to 2008, average working hours declined by 10 percent.

Partially, the lack of impact on overall happiness could be due to companies reducing the number of hours their employees worked, but not the amount of work they were required to complete. As author Robert Rudolph writes, “many companies responded with increased work intensity and downward adjustments of employee’s leave and holidays to fill the gap.”

Women had a greater increase in satisfaction with their work hours, which Rudolph attributes to the conflict Korean women face in balancing work with traditional family duties like childcare and household chores. (The study only examined married or cohabitating couples with children, so how all the single ladies feel we don’t know.) One study Rudolph cites found that while men used their newfound free time for leisure and recreation, women largely used it to catch up on housework.

Rudolph concludes that either long work hours aren’t as intimately tied to personal happiness as we thought, or whatever positive effect reducing working hours might provide is just completely obliterated by the increased intensity of companies trying to fit in the same amount of work into fewer hours. And of course, since this study only focused on a specific subset of people–South Korean couples with children–it’s possible the results may not extend to everyone in the world.