NASA Study Will Compare Twins’ Health On Earth And In Space

This is what happens when you and your brother both work for NASA. 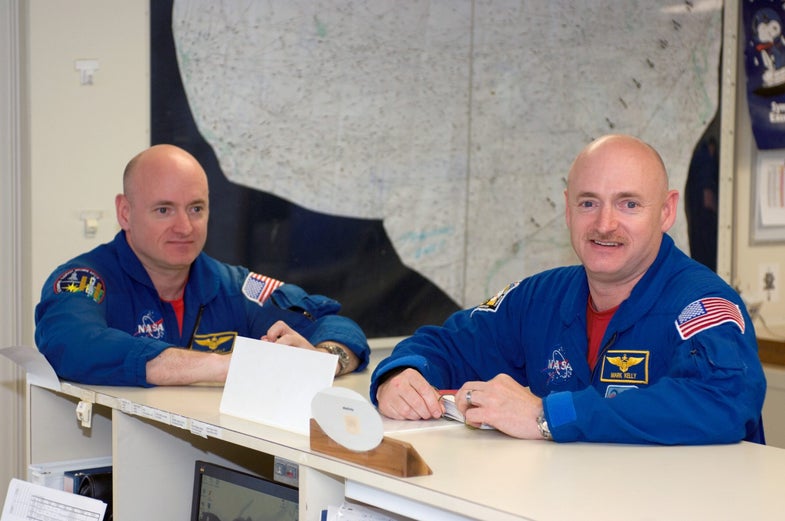 Call it Project Gemini. A pair of twins, employed by NASA, are volunteering to let their employer use them as test subjects for the effects of living in space, Florida Today reports.

One of the two brothers, 49-year-old Scott Kelly, will travel to the International Space Station in 2015 and stay in space for 12 months. Meanwhile, his brother, Mark Kelly, is now retired from NASA and will stay on Earth. The brothers came up with the idea for the study, Florida Today reports. 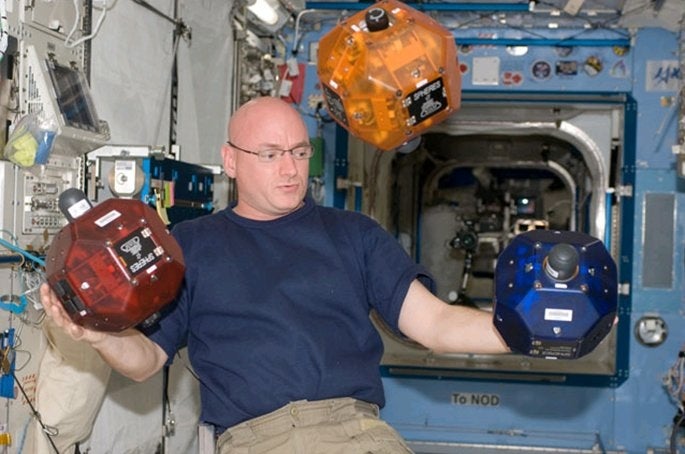 For now, NASA plans to have both Kellys take blood samples regularly. But outside scientists could have a say in what the brothers do. NASA is asking for scientists to submit research proposals for the twin study, NASA Watch reports. The study proposals should not be too disruptive, NASA Watch reports. Scott Kelly already has several experiments he’ll be responsible for during his 2015 trip, which he’ll take with Russian astronaut Mikhail Kornienko.

Experiments like the Kellys’ help scientists develop ways of counteracting the ill health effects that future long-term human space missions would have.

Both Kellys have flown to space before. They’re the only pair of human siblings to have both gone to space.