Big Pic: Sunrise Over A Dark Earth, As Seen From The ISS

Plus, some cool clouds that form only high above the Earth over polar regions 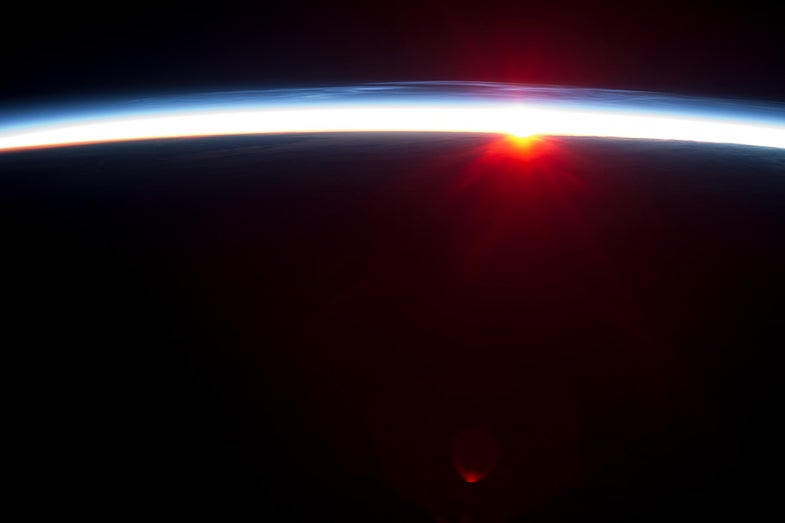 Here’s what the land of the midnight sun actually looked like at 12:15 am local time, August 4. Astronauts in the International Space Station snapped this photo as they crossed over the Aleutian Islands. If the foreground of the photo weren’t dark, you would see western Alaska in it.

Some data suggest noctilucent clouds now appear brighter and at lower latitudes than in the past, perhaps due to global warming, NASA reports.

Earthbound folks can get a look at noctilucent clouds by visiting polar regions during the summer. One man recently recorded a gorgeous time-lapse video of noctilucent clouds, plus the aurora, in northern Scotland:

The spot of red at the bottom of the photo is a reflection, possibly from the camera lens, the window frame or an object inside the space station, NASA reports.